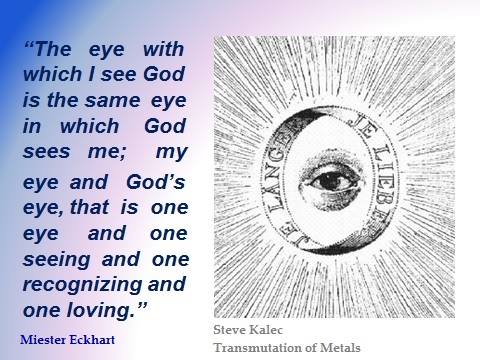 THE SEVEN TRADITIONAL METALS OF THE ALCHEMISTS AND THEIR TRANSMUTATION

The symbols encountered with in the philosophic work of the transmutation of metals are very rewarding to the student on the esoteric path of the transformation of the soul and consciousness. In all such endeavors, where one dares to unfold his consciousness towards the light, leading into a higher order of being, one must contemplate that as an entity he is also the microcosm.

This brings us to a contemplation. If the “Above is as the Below and the Below is as the Above,” what then, if one as a Microcosm having transformed himself, has he then also transformed the Macrocosm? Meister Eckhart said that, “the eye with which I see God is the same eye in which God sees me; my eye and God’s eye, that is one eye and one seeing and one recognizing and one loving.”

Rudolph Steiner said that, “Everything that man undertakes in order to awaken the eternal within him, he does in order to raise the value of the world’s existence”. The truth is that everything participates in a continuum of consciousness all linked as one. No one thing can change its consciousness without effecting and changing the consciousness of all else. As each man or woman raises to whatever little degree his or her consciousness, they pull along with themselves the whole. Nothing can change its consciousness without changing the whole, the All. That is one reason why this work is called the “Great Work”. As the Sepher Yetzira says, “lead the Creator back to his Throne”. These are very profound words and they are very Cabalistic.

Perhaps we don’t realize it fully yet, but we are each and every one of us the world. Meditating on this, can result in a very fruitful realization. It is said that, within ourselves we have all that is required to arrive at the inner elixir of life as the inner Philosopher’s Stone.

Within ourselves, within our bodies and in our blood, are resident all that we need for this precious work. We have the divine essence of the spirit and the soul, and the most important secret in the work is to learn to kindle and fan into flames a hidden Fire as is called by the alchemists. It is said that the work is one of a sacred and vigilant tending to this fire. Johannes Helmond in “Alchemy Unveiled” says that, when he is given his freedom, this fire will do all the work in its nature for us. Until it is awakened, this most adorable fire lies hidden under a hard shell, still weak and unable.”

How do we light this fire? By deep breathing, concentration, visualization, meditation, prayer, aspiration, mystical zeal and love for that which is the divine in us. In the practice of alchemy, the transmutation of the lower energies of the soul and consciousness are allegorized through the symbolisms encountered in the philosophic transmutation of the seven metals of the alchemists. There are seven archetypal metals that we work with, as far as the alchemical process is concerned. These seven metals are also the intelligences of the seven planets as a kind of subterranean astronomy.

Julius Evola says, ” Thus we come to the esoteric doctrine of the seven points through which the higher powers enter into the corporeal context, whereupon they become vital currents and energies specific to man.” Metaphysically the work is powerful and very transforming as one realizes the awesome archetypal energies that are released psychically that effect both our bodies and our consciousness. What is fascinating at first sight is that the alchemical symbols of the seven archetypal metals are also the same as those of the seven planets. It is equally important to under stand what the symbol for each of these metals truly represents allegorically.

One should also keep in mind that just as jewels and precious stones in symbolic traditions signify spiritual truths and inner qualities that need to be mined from the “Mons Philosophorum” or the mountain of the philosophers, the alchemist himself, so too the archetypal energies of the seven traditional metals are within the alchemist in a very metaphysical way. They do make up our inner energies as different energy levels of the soul. Gems and precious metals hidden in a cave represent intuitive and spiritual knowledge harbored in the unconscious. These are often realized in dreams and visions during meditation. A certain development can be recognized as such visions evolve ultimately leading to the brilliance of the pure light of the Spirit.

Anyone interested in the art of transformation and alchemy, should take a closer look at the metaphysical aspects of the seven metals of the alchemists. As one does so, he or she will find that he is entering into some very symbolic and allegorical concepts, which can result in a very fruitful realization that would greatly enrich his understanding of this most “Noble Art”.

In the alchemical process we start from the lower levels of energy from the darkness of Lead and go up the scale in metallic evolution to Gold. The metaphysical aspects of these metals are really only energy levels of the same principle, consciousness, which is a fire. Metaphysically and spiritually, the different metals and their metallic fires are the different degrees of the fire of the Soul.

To be continued with part 4 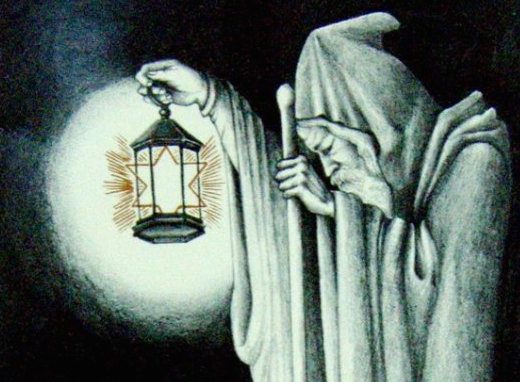 July 9, 2016
Previous Post How Can You Break Free From The Matrix?
Next Post Decoding The Alchemical Cypher of V.I.T.R.I.O.L (Vitriol)