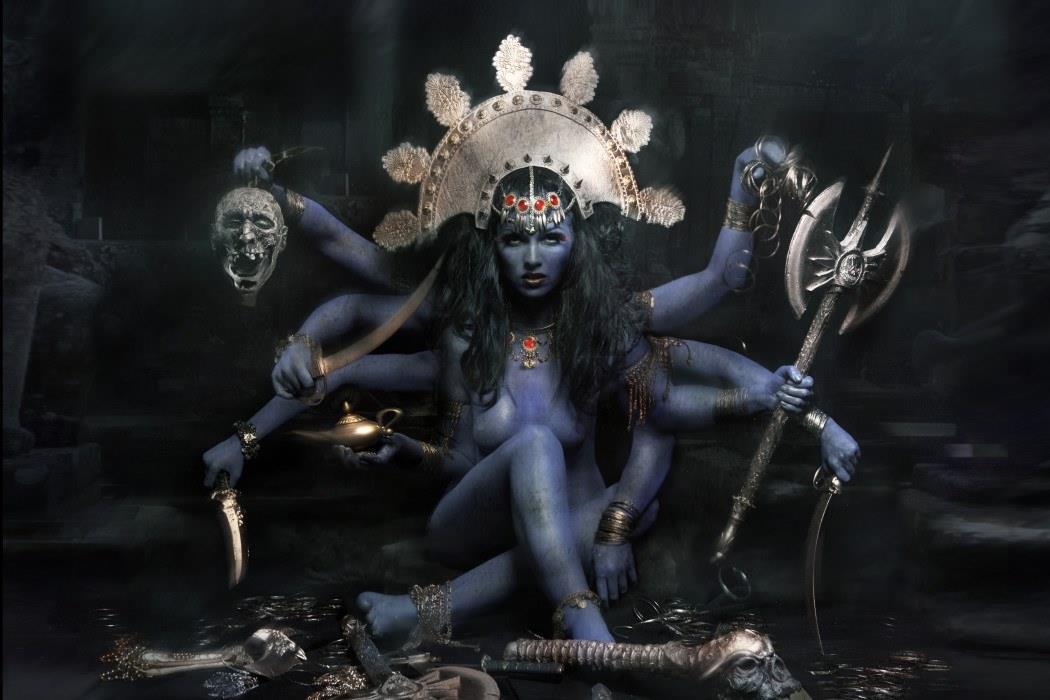 Kali comes from the Sanskrit root word “Kal” which means time, and there is nothing that escapes the all-consuming cycle of time. The Hindu goddess Kali brings the death of the ego; the illusory self-centered view of reality. Kali does not represent the worship of death, rather she encompasses our innate ability to overcome the, I am the body, by reinforcing our awareness that the body is only a temporary condition and it is our attachment to the body that gives rise to the ego. In order for us to truly begin living, the ego must begin to die.

Liberation, The Eternal I AM:

Shiva and Kali grant liberation by removing the illusion of the ego. Thus we are the eternal “I AM” and not the body. The ego sees Mother Kali and trembles with fear because the ego sees in her its own inner fears, linear limitation, and eventual perpetual demise. A person who is attached to his or her ego will not be receptive to Mother Kali and she will appear as a fearsome form. A mature soul who engages in spiritual practice to remove the illusion of the ego sees Mother Kali as very kind, affectionate, and overflowing with an incomprehensible abundance of unconditional love for all of her children.

Ego slayer I AM

Astrology and The Alchemical Stages

February 7, 2017
Previous Post How Can We Stop Losing And Start Winning The Game Of Life?
Next Post Why Is The Popes Mitre Shaped Like A Fish?