What’s The Enigma With The Numbers 23?

Aleister Crowley believed 23 was the frequency of the life force at its highest in nature, at the spring equinox, and associated it with physical immortality. Robert Anton Wilson, a pope and saint of “Discordianism” said 23 was a part of the cosmic code. Principia Discordia, a sacred text of Discordianism, holds that 23 (along with the discordian prime 5) is one of the sacred numbers of Eris, the goddess of discord.

The Tree of Life and Death:

In the Kabbalah, there are 32 Kabbalistic Paths of Wisdom i.e. conscious manifestations upon the Tree of Life, ten objective paths known as the Sefirot and 22 subjective paths connecting pairs of Sefirot together. However, in reverse hangs the Tree of Death, also called Qlipoth or Kelipot. From this perspective the Tree of Life or Tree of Lights is inverted, like a reflection in a mirror, or upon a body of water, we get the flipped opposite of 32, which is 23. Also, the 23rd path on The Tree of Life is associated with the Hanged man in the Tarot Card.

23 signals a chaotic state of “in-between-ness,” and is therefore one of those things which is Not. Unfortunately our english language doesn’t really provide us with a word to give us an exact representation of exactly what this means. In Japanese we have a few examples starting with the word “Ma” 間 which roughly translates to mean a “gap,” “space,” “pause,” or “the space between two structural parts.” In Japanese Ma suggests a space, an interval. It can best be described as a place of consciousness, a simultaneous awareness of both form and non-form.

This Japanese kanji Chinese character for “Ma” 間 is a graphically combined image of “door” 門, and “sun” 日. An interesting side note, the earlier character for “Ma” 閒 was written with a “moon” 月 character instead of the “sun” 日 character, thus depicting a “door” 門 through which the “moon” 月 shine peeped in.

Think of Ma as the resting space in music between the notes. Isaac Stern, a Ukrainian-born American violinist and conductor described music as “that little bit between each note – silences which gives form… the Japanese have a word for this interval Ma which gives shape to the whole, but in the West we have neither word nor term.”

Thomas Pynchon, an American novelist stressed the concept of waste in language, because negative space determines the outcomes of actual events. Derrick de Kerckhove, a Professor at the University of Toronto described Ma as “the complex network of relationships between people and objects.”

The Japanese and Korean term “Mu” or Chinese “Wú” meaning “not have; without” is a key word in Zen Buddhism. An English translation equivalent to Wú or Mu would be non-existence; non-being; not having; a lack of; without, and can also mean pure human awareness; prior to experience or knowledge. In the Daode jing it’s described as the original non-being from which being is produced. The Chinese Chan call the word Mu 無 “the gate to enlightenment.”

In anthropology, liminality (meaning a threshold) is a quality of ambiguity. Van Gennep first coined the term liminality, in a book he published titled “Rites de Passage” in 1906. In his book he talks about a three-fold structure of rites with the second rite marking the boundary between two phases – a sort of no man’s land; a state of being in limbo; an in-between state of being…. liminality.

In mythology we even have liminal deities who preside over thresholds, gates, and doorways. In Greek mythology there’s Hecate and Hermes. In Roman mythology we have Janus and Mercury, and in Hinduism we have Ganesha to name a few. In folklore and in mythology the trickster and clown archetype is the perfect representation of liminality, and many native traditions considered them both essential for sacred rites and ceremonies.

Twilight is considered a liminal time, the limbo between day and night, or light and shadow, the same can be said for equinoxes and solstices as well.

In Hebrew “Shabbat Shuvah” or “Shabbat T’shuvah” means, “Sabbath of Return,” and refers to the Shabbat that occurs during the Ten Days of Repentance between Rosh Hashanah, and Yom Kippur. Rosh Hashanah is the Jewish New Year, and literally means the “beginning (also head) [of] the year.” Rosh Hashanah is a two-day celebration, which begins on the first day of “Tishrei.” Tishrei is the first month of the Jewish civil year, but the seventh month of the ecclesiastical year. Hebrew Rosh HaShanah is etymologically related to the Arabic Ras as-Sanah, the Islamic New Year.

In the Talmud it states three books are opened on Rosh Hashanah, wherein the fate of the wicked, the righteous, and those of an intermediate class are recorded. The names of the righteous are immediately inscribed in the book of life and they are sealed “to live.” The intermediate class are allowed a respite of ten days, until Yom Kippur, to reflect, repent and become righteous; the wicked are “blotted out of the book of the living forever.”

Shabbat Shuvah begins after the first two days of Rosh Hashanah. However, the day is separated into two halves (the first half still being Rosh Hashanah with the second half becoming Shabbat Shuvah). Want to guess what day Shabbat Shuvah is on? Well, it just so happens to be on Sep 23rd, the day when the season of Libra (the scales) begins. Then, ten days later on Yom Kippur our judgment is said to be sealed or confirmed by the Heavenly Court.

This is the earths liminal day, a cosmic threshold for humanity, it’s an opportunity for us to return to our divine source, a day when all of our transgressions can be removed for the following year. It’s a state of limbo and the outcome depends solely upon us as to which way the scales are going to tip the following year.

Shanah Tovah Umetukah (Have a Good and Sweet Year)

For more information on Discordianism: http://principiadiscordia.com/readinglist.php

The Saint with Two Bodies – The Tale of Yogananda continued 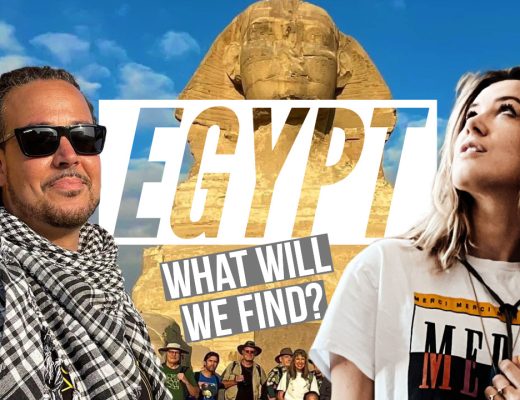 January 9, 2016
Previous Post Oral Tradition Of Hidden Underworld At Mayan Pyramids To Be Explored By Archaeologist
Next Post Was Christian Rosenkreuz A Living Person?