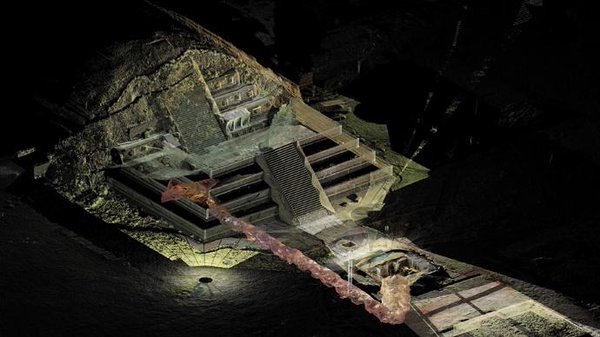 Never has something this scale been attempted at the Mayan Pyramids of Chichén Itzá. The entire complex will is being examined in a new way by archaeologists. They are calling this the Great Maya Aquifer Project aim to discover if “local legends of an elaborate underworld are true.”

No-one is certain when the pyramid of El Castillo, also known as the Temple of Kukulkan was built archaeologist can agree it is clearly more than 1,000 years old. After recently discovering another pyramid within El Castillo, the ancient Mayan pyramid in Mexico’s Yucatan Peninsula will be explored using a modified ground-penetrating radar (GPR) to locate passageways and rooms in El Castillo.

“Something on this scale has never been attempted, but we’re confident that it will help us understand this site in a way that wasn’t possible before,” Great Maya Aquifer Project Director Guillermo de Anda, informed National Geographic. “With this data, I believe we will conclusively find out if the local legends of an elaborate underworld are true.” 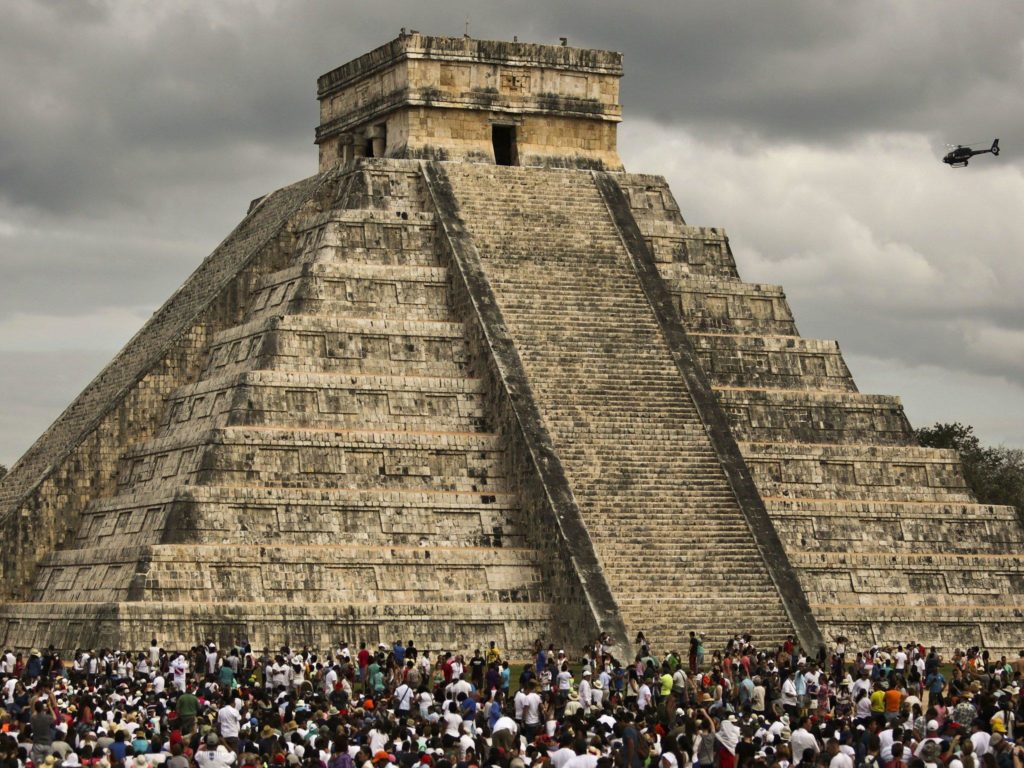 The first two weeks of the study have already revealed new discoveries.

The radar will also be used to search the entire complex and it’s surrounding area of Chichén Itzá for tunnels and caves, using kayak-mounted sonar aiding in the exploration of underground water systems, spoken of in Maya oral history but not yet confirmed by the archaeologists.

“In the end, we’ll be able to combine data from these imaging tools and produce a millimeter-scale, 3D ‘super map’ of the entire site, above and below the ground,” Corey Jaskolski, who is digitally preserving the discovery, told National Geographic.

The Great Maya Aquifer Project is already underway, with the first two weeks already producing the discovery of two submerged caves and several dry caves, one of which contains a stone carving of a female figure.

GPR has discovered “a number of anomalies” surrounding a chamber in El Castillo housing the Red Jaguar Thrones.

We will be investigating the El Castillo pyramids on our first-ever community adventure and study trip: Mysteries of the Maya. Learn how YOU can be part of this Adept Expediton to the land of the Maya – HERE 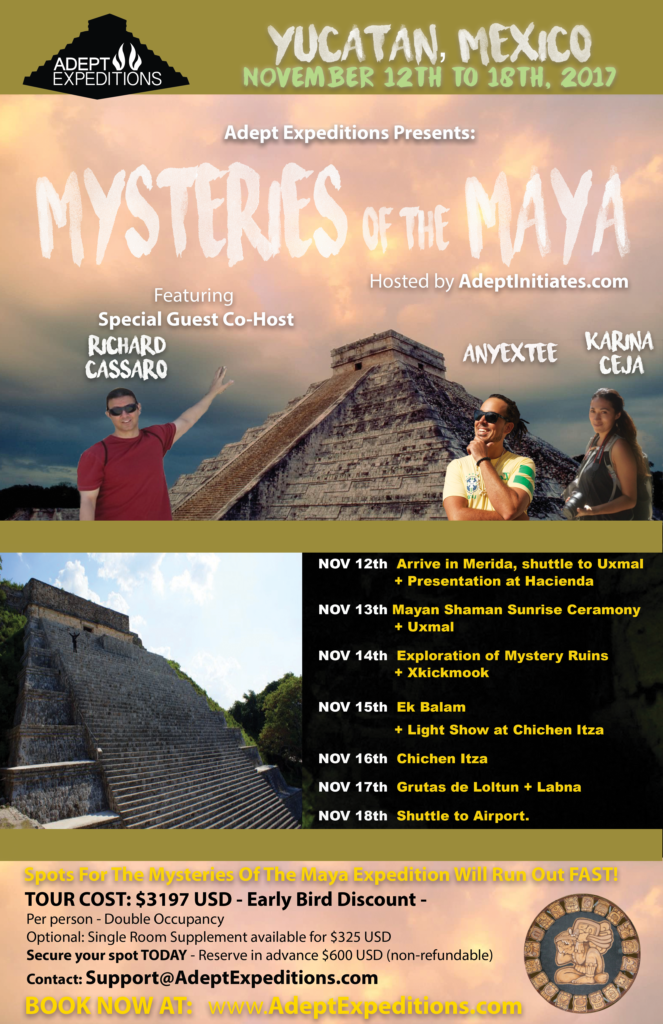 May those who are called find their way 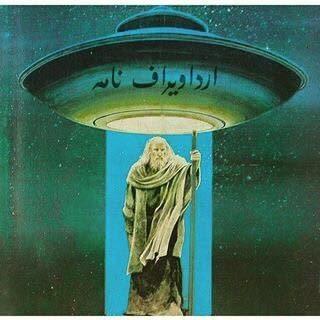 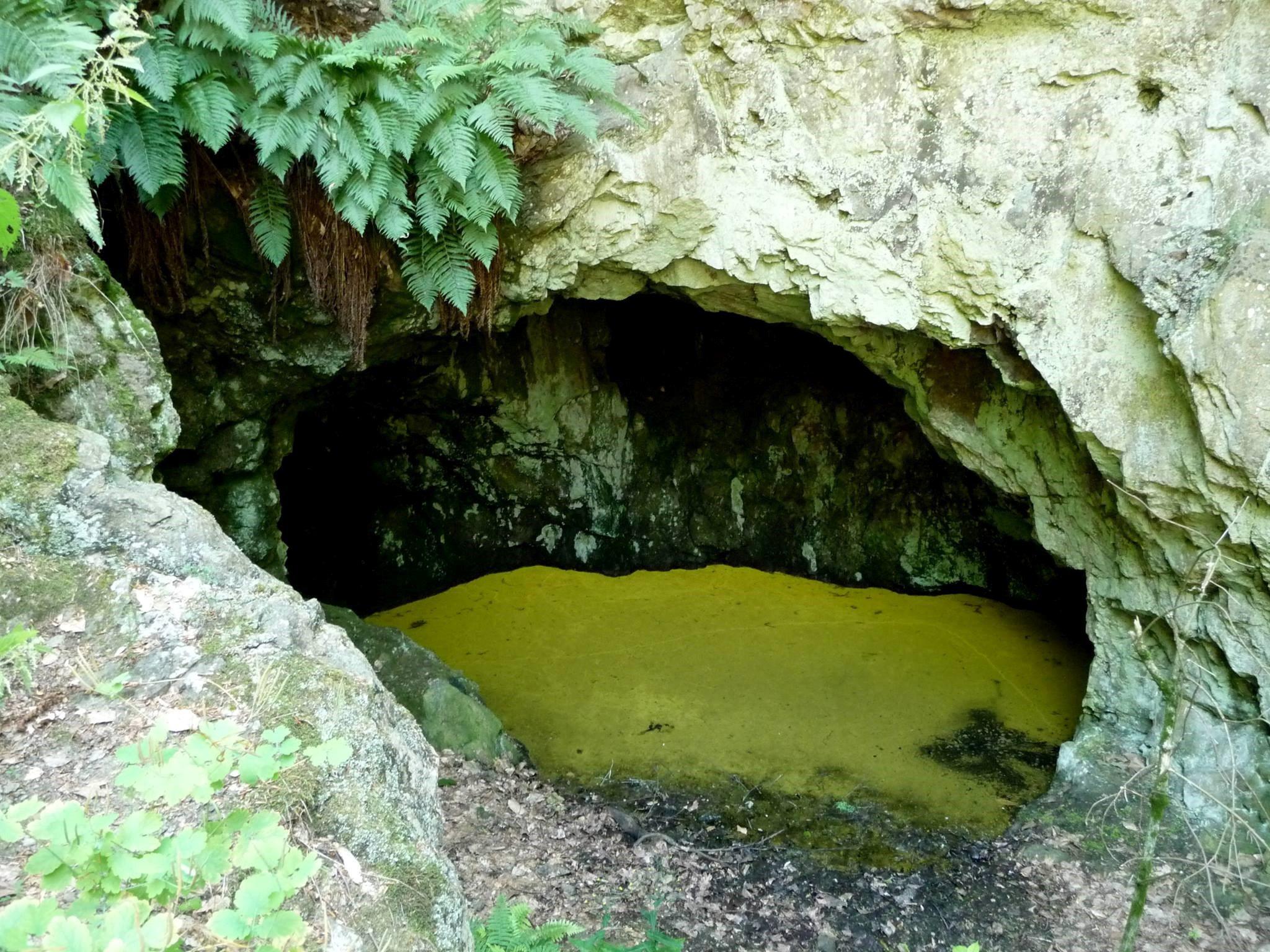 January 26, 2016
Previous Post How Can We Liberate The Christ Within?
Next Post What's The Enigma With The Numbers 23?