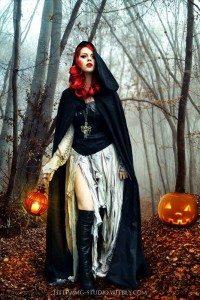 Today we see Halloween as a time for ghosts, costumes, candy and pumpkins. For those initiates looking deeper into the origins of the occasion there is also a Magi connection. Samhain celebrated on the 31st of October by the early Gaels and Welsh is said to have begun with the early Pagans. Could it be this occasion is a match for Halloween and maybe Pagans were actually the same Magi that were using Stonehenge for their rituals?

If you take into account there sacred trees you have a match for the Magi. Then you look at their observance of the stars called the Wheel of the Year. It is also a very close match the Magi practices of tracking and charting the heavens. It is said to be a very ancient belief that on Samhain the souls of the dead are able to visit their previous homes. Large mounds and hills were constructed to align with the Samhain sunrise autumn equinox and the winter solstice and other hallmarks of the Magi.

Fire temples are a key part of the Zoroastrian traditions and also that of the Magi. On Samhain sacred bonfires were lit as well. There is a Magi tradition of jumping over fire at new years to begin the year clean and renewed. Whereas Pagans claimed their bonfires had protective and cleansing powers to be used during the Samhain rituals.

Those familiar with the holographic universe theory may find this connection on Samhain very fascinating. It is said that on this night the veil between the multiple layers of our universe are weakest. There is a possibility on Samhain of seeing into another level beyond our regular spiritual matrix.

So now adept initiates what will you think of when you hear trick or treat at your door, candy or another Magi connection?