What Can You Discover in The Getty Alchemy Exhibit?

Where can you get access to view some of the awe inspiring Great Work of past Alchemists? We know of  the alchemy exhibit in the Rosicrucian San Jose Museum, and the Prague Czech Republic Speculum Alchemiae exposition but most recently in Los Angeles the locals have had the privilege of having accesss to a temporary Alchemy exhibition. The properly titled exhibition “The Art of Alchemy” exhibits old alchemy texts and art. The traffic in the museum is light with many who just pass by casually but for the dedicated alchemist indeed it is a gold mine(no pun intended). Adept Initiates has had the pleasure of visiting the exhibit and enjoying the Ars Magna. We have graciously put together some highlights below for the lovers of Alchemy.

“Among all the arts, it is

The Art of Alchemy

that imitates nature most closely” 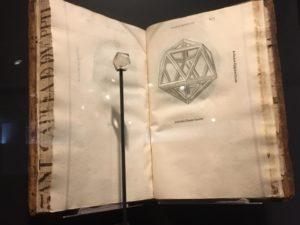 The rock crystal icosahedron (meaning twenty sided) represents a water atom. It was found in the tomb of a young girl and perhaps placed there as token of her through the river of the underworld.

Leonardo da Vinci’s designs for Divine Proportion illustrated for Renaissance artists ancient Greek theories about the underlying structure of physical matter. The designs provided instructions on how to reproduce the perfect geometric forms of elements in the visible world. 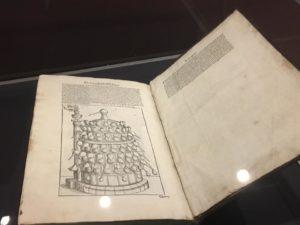 The alchemical furnace was called an athanor, a word derived from the Arabic for oven, al-tannur. Europeans, however, misinterpreted the word, mistaking it for athanatos, ancient Greek for “deathless” or “immortal,” a reference to the long-burning flame of the furnace as well as to the goals of alchemy. Pietro Mattioloi was a botanist and the personal physician to Ferdinand II, archduke of Austria, and then to Maximilian II, the Holy Roman emperor. He created the scientific fiction of the “ultimate furnace,” a technological reference to the many-breasted statue of Artemis at the Temple of Ephesus, one of the seven wonders of the ancient world. (See Richard Gaywood 1630-1680. Artemis of Ephesus.) 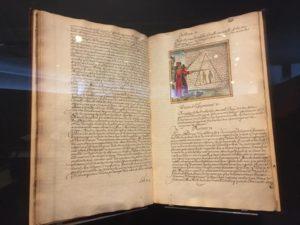 Hermes Trismegistos continued to be regarded as the “patron saint” of alchemy well into the seventeenth and eighteenth centuries. Here, his instructions concerning the mechanics of creation cryptically combine geometry and gender. ” Make a circle around man and woman, then a square, now a triangle; make a circle, and you will have the philosophers’ stone.” 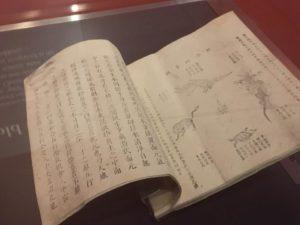 The Marriage of the Dragon and the Tiger

Woodcut in Xingming guizhi (Directions for Endowment and Vitality) ([Beijing], 1669

In Chinese alchemy, the union of opposing substances is represented as the Marriage of the Dragon and the Tiger. The dragon symbolizes the “masculine” metal mercury and the tiger symbolizes the “feminine” metal lead. The dragon and the tiger breathe and fuse their energies into a crucible, a metal vessel capable of withstanding high temperatures. A crucible is used by metal workers as a container for mixing and pouring molten metals. Mercury was used in silver mines to extract valuable metal from lead ore. 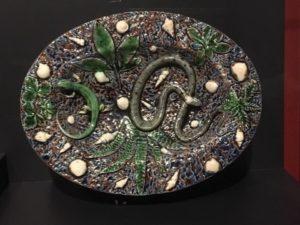 The ceramic artist Bernard Palissy was the first to use the medium to cast from life. He created stoneware teeming with flora and fauna that he collected by slogging through the marshes of France. Palissy’s pottery was prized for the vive mort (“alive in death”) effect of his proprietary glazes and enamels, which produced the slippery gloss of life. Palissy was captivated by the pictures of life preserved in fossils. Entombing swamp life within glazes, he interrupted their decay and transformed them into immortal fossilized creatures with the fires of his kiln. 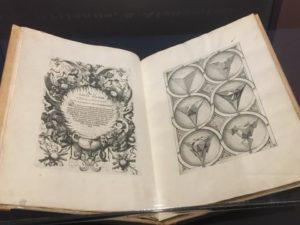 Designs for cluster of Fire Atoms

One of the most prominent artist in this period combined artistic practice and expression with current theories about elemental matter in Perspective of Regular Bodies. Wenzel Jamnitzer-printmaker, sculptor, and, above all, court gold smith to every Holy Roman emperor from Charles V to Rudolf II-adapted the genre of perspective manuals for artist into a fantasy series about the “atomic” forms of the four elements. Based on the geometric polyhedra, which, according to Plato, shaped the building blocks of the physical world, Jamnitzer’s series demonstrates a progression of interlocking  “atomic” shapes in increasing complexity. Thus, artistic “molecules” are rendered in a virtuoso display of perspectival mastery. 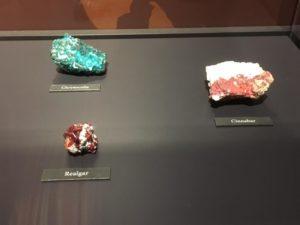 Chemical and Minerals Traded along the Silk Road

With a name derived from the Arabic rah alghar (powder if the mine), this red sulfide mineral was also called ruby sulfur or soul of the cinnabar mountain by Chinese scientist.

This naturally occurring mercury sulfide, sourced from China, was widely used as a red paint, medicine, and source for liquid mercury. 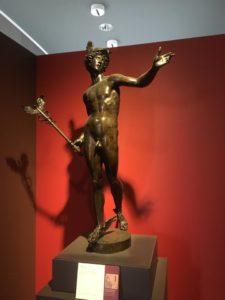 The Roman god Mercury (Hermes to the Greeks) delivered messages from the gods of Mount Olympus to the human world. He was worshipped as the transmitter of scientific and medical knowledge, and thought to hold the secrets to the preparation of therapeutic drugs. The Greeks called him psychopomp (escort of the soul through the underworld). Mercury’s reputation as a trickster may have inspired the Romans to equate him with the quirky and mysterious metallic element also known as quicksilver. Its slippery nature, at once both liquid and solid, and its transformative effects on other materials as it evaporates into a gas, posed many scientific mysteries. 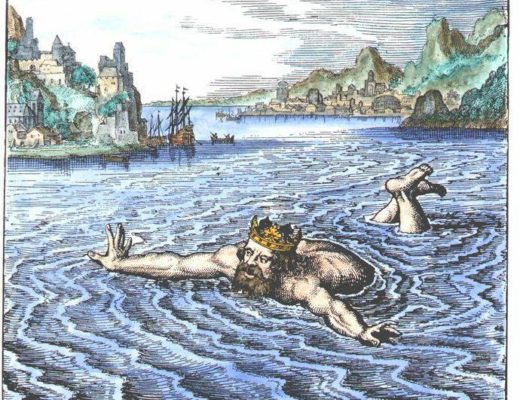 Alchemy & Astrology: The Torment of the Metals