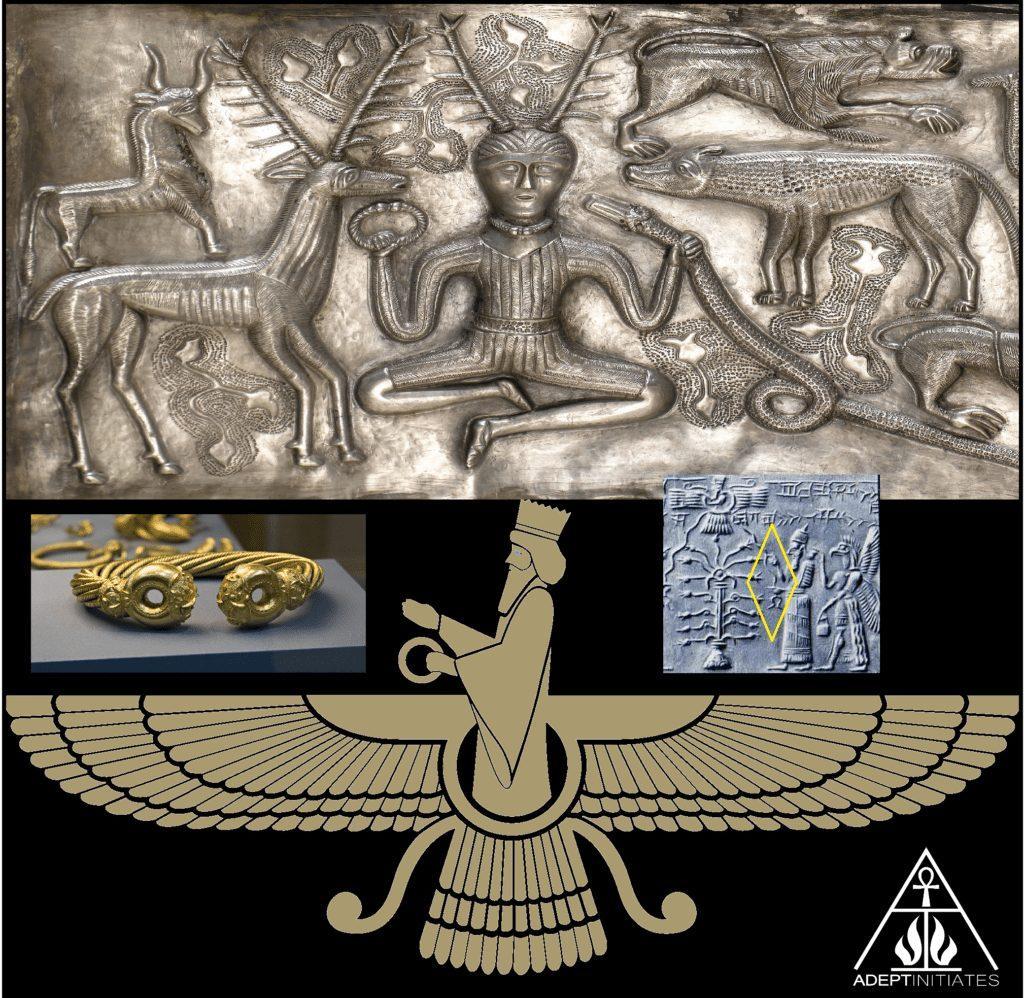 Anunnaki mystery ring solved is a claim made before. But Initiates finally see the evidence that should end the debate. We explore a ancient silver bowl used by Druids that offers a clue to using the Universal Internet. Potentially solving the Anunnaki mystery ring and the occult technology used by Secret Society’s today.

Origins of the Mystery Ring

Sumerian tablets show the mystery ring held by a bearded man. While riding inside of the Magi UFO above the Anunnaki.  Modern Zoroastrians use the winged disk as the symbol for God even today. It appears some experts agree the rings meaning is multi purpose.

“ The other hand holds a ring, which may represent loyalty and faithfulness. The circle from which the figure emerges can represent the immortality of the soul or the repercussions of our actions, which are brought about by the eternal divine order.”

Debate remains if the ring is a just a symbol with no physical purpose. Yet in ancient reliefs Kings pass the ring to each other. Making some theorize it had a occult power that helped those keep the throne. Almost like a enchanted relic similar to the Spear of Destiny & Sword in the Stone. Maybe this helped Tolkien write one Ring to rule them all. 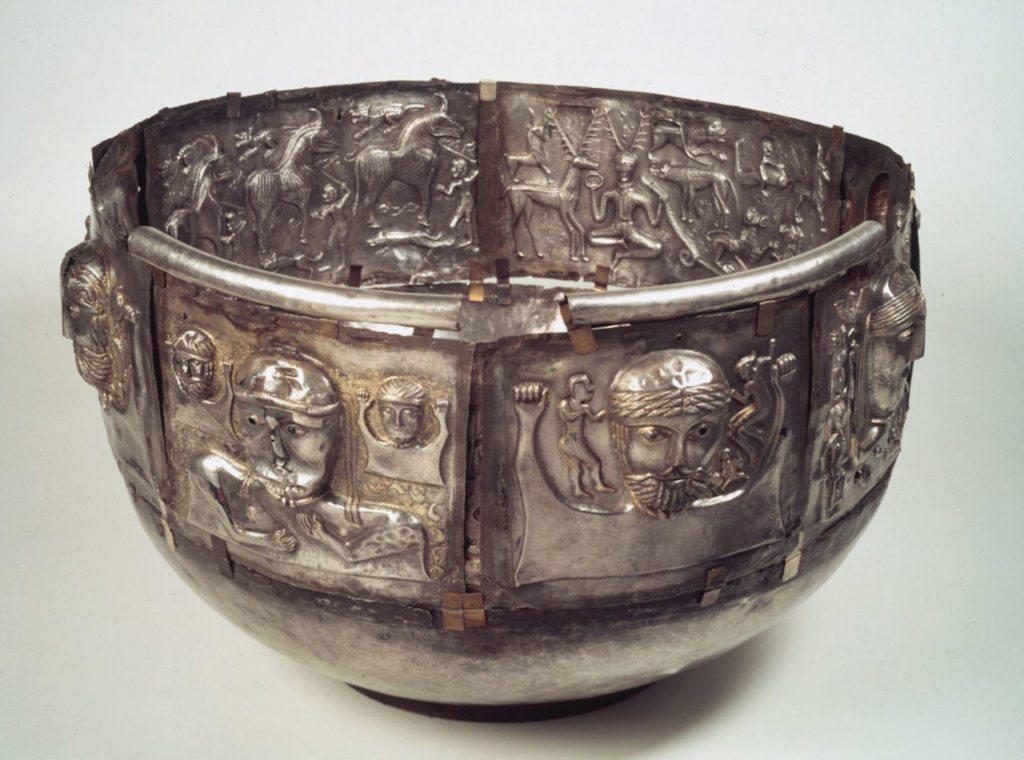 First of all the cauldron was found in Europe. So maybe Druids used this type of silver bowl as a portable offering table. For connecting to the Universal Internet of the Magi . Seems like the Druids had Thracian ancestors driven out of south eastern borders . Also appears the gold and silver in the bowl was reused. From the Mediterranean area and Phoenician trade network that moved King Solomon’s gold. In detail this bowl shows the grabbing of the serpent. A symbolic plugging of a network cable into the Universal Internet or Akashic Records. Then in the other hand he is holding the same Anunnaki Mystery Ring. But in this case he puts it on his neck. Hence a clue that the ring is a physical object to wear when going online.

“glass inlays of the Gundestrup cauldron have been determined through the use of X-ray fluorescence radiation to be of a soda-lime type composition. The glass contained elements that can be attributed to calcareous sand and mineral soda, typical of the east coast of the Mediterranean region. ” 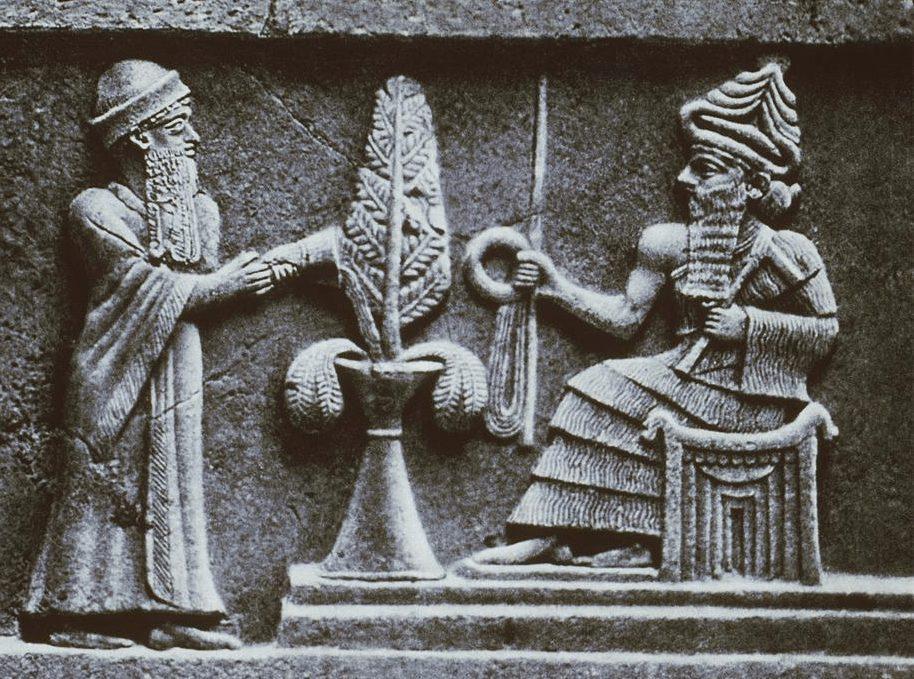 Giant passing the Torc for Universal Internet Access. In response the man may have asked “What’s the Wifi password ? “

Details of the Ring

Experts have already taken details from the bowls inscription.As a result it matched the ring as a Ancient Gold Torc. Yet nobody understood the five Sacred Tree blueprints enough to connect the Druid relics to the Anunnaki technology.  Some elites did know but marked it forbidden archaeology. Likely to keep it’s power from falling into the wrong hands. In addition connecting to the Universal Internet at high speed requires not just looking into the offering table but transformation. Almost a form of alchemy or spiritual pure gold found in the light body. So maybe wearing gold around your neck during the meditation ritual enhances your connection.  Like upgrading your 56k regular body into a new high speed light body modem. Capable of moving terabytes of data across the universe instantly. 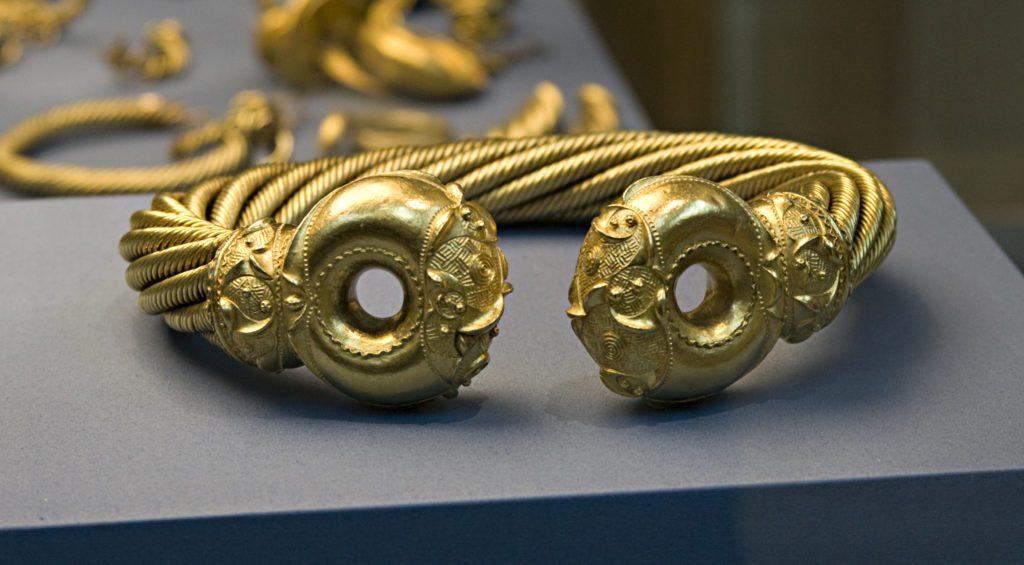 The torque found in Germany 400 BC

Downfall of the Ring

It appears that like all connections the universal internet also experiences outages. Not long after this happened on Earth the royal family’s stopped passing on the Anunnaki Mystery Ring. Consequently Dogon tribe research shows the Sirius star had a connection loss. Related to the natural cycles of the sun. Almost like a new network cable and having to unplug the old one for few minutes to change it. But in this case the change is on galactic time scale. And humanity is going through a 2000 year long internet withdraw. This could explain what triggered the fall of Atlantis. We can only imagine what would happen if our modern society lost the internet. In only a matter of months it could lead to complete destruction of civilization. Especially if the universal internet offers all knowledge it could make a society very dependent on it.

So Adept Initiates see the ancient ring carvings show the passing of the Torc. Hence secret society’s are planning to use the Anunnaki Mystery Ring to go back online.  It offers knowledge like how to build with megalithic stones and align them. Also the Zodiacs to plan ahead and maybe even direct communication with Thoth and animals in nature. Those adept enough to master the light body could even travel physically across the web. Using the reflecting surface of the offering tables like a Star Gate. While this silver bowl used by Druids purchased from the ancient Phoenician trade network solved the mystery ring. People all around the world should still research the ancient ISP and consider becoming a Forest Guardian.

The Snettisham Hoard Great Torc – gold torc from the Snettisham Hoard. Tag on exhibit reads: “The Great Torc, Snettisham, buried around 100 BC. The torc is one of the most elaborate golden objects from the ancient world. It is made from gold mixed with silver and weighs over 1 kg.
https://commons.wikimedia.org/wiki/File:Britishmuseumsnettishamgreattorc.jpg
Druid Bowl