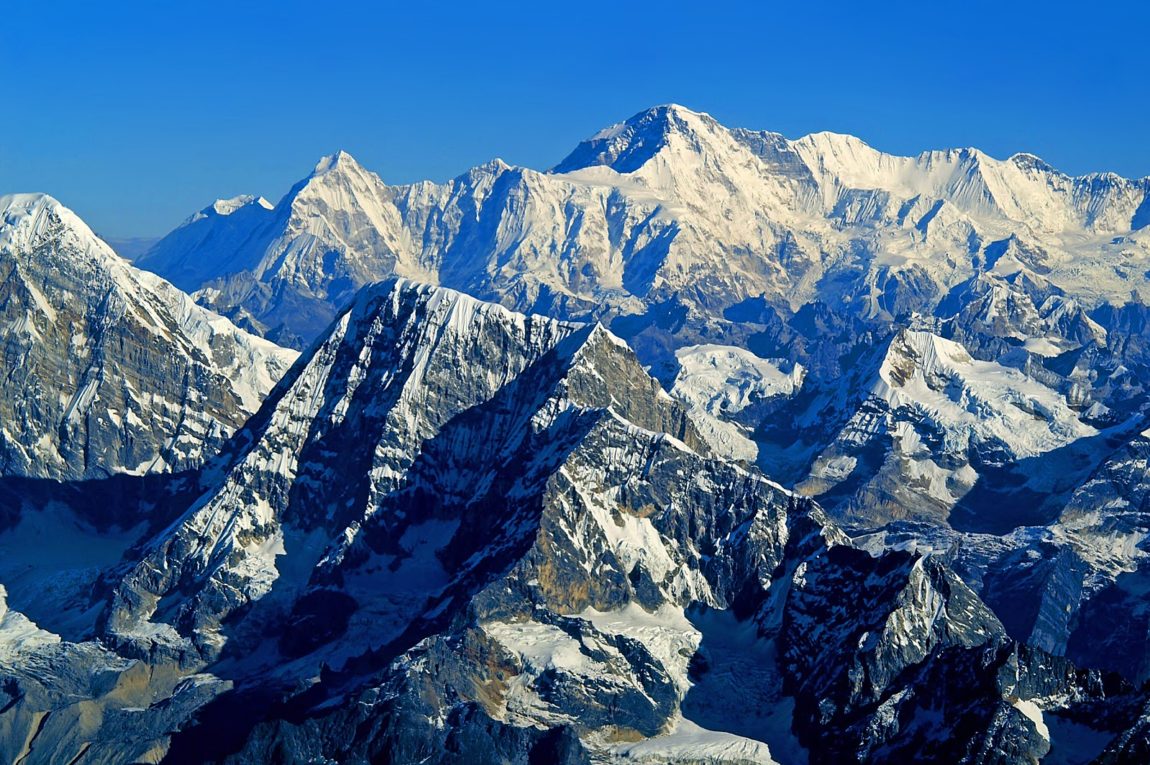 Recounting a powerful multiplicity of visions, Yogananda sought the face and eminence of a master whom he had through emphatic visions had seen. Where do such visions find a commonplace, a home, a sanctuary and robust locale thereof? Why it be none other then in the Himalayan Mountains. With his family and friends in mind, Yogananda had habitually and regimentally practiced his devotional amounts of time to meditation to further refine and crystallize his visions of his proceeding master. With only a scarce amount of resources to be transitionally so with Yogananda and copy of the Hindu Bible the Bhagavad Gita,  Yogananda was deadest and readily so, to partake in his next trek to the seemingly elusive and enigmatic Himalayan Mountains.

In an aplomb excited frenzy, Yogananda and friends were gleefully delighted to anticipated what was next to come with the proceeding  master so insofar as, “…experience the trance of cosmic consciousness. Our flesh will be charged with such magnetism that wild animals of the Himalayas will come tamely near us”.  In a concerning effort, one of Yogananda’s fear had come to life that he may be impetuously withdrawn from being able to take the necessary forms of transportation (by means of train) to his sought after destination and indeed that is precisely what had come to pass when European agents had received Yogananda from the train station.

Facetiously, Yogananda and friends when interrogated by the European officials had remarked by saying when asked where a third member of his (Yogananda) party member was by shrewdly retorting, “Can you not see that we are only two? I am not a magician; I can not conjure up a third companion.”  Having successfully outmatched an outwitted the European officials, Yogananada’s auspicious glance upon the background of his window in the train had renewed and restored hope that the master who would receive his party would be able to afford the experiences for which he had so strongly yearned to ascertain. Rishikesh was one possible detour for which a countless amalgamation of encircling rumors about other masters present at such a location had dominated the perspectives for those who had the insatiable urge to quail such spiritualistic proclivities and desires.

Miscommunication of a local murderer led to Yogananda’s accidental involvement in the destructive act of damaging a saint whose arm was severed off by an ax. Interestingly, the saint had remarked that such a wound was merely superficial and in three days time, he would be completely revived from such accosting revelations! Being a Sadhu, Yogananda had done just that and recounted that was indeed no damage of any discriminatory or discernible amount in any capacity whatsoever! Beyond this, there have been several accounts of Yogis who had completely broken most if not all there bones (in some cases excluding the skull) and being able to completely reverse the perceived irreparable damage that had reduced their bodies to such state.

Back in Calcutta, Yogananda’s Father had to the Yogi’s surprise arranged for Swami Kebalananda, a trememendously esteemed disciple of the legendary Lahiri Mahasaya to be present for the adventurous Yogananda. Swami Kebalananda was a formidably fantastic and widely-diverse philosopher who would instill in Yogananda spiritual truths that he would carry on for an immortalized legacy in the latter chapters of his existence and to those who he would posthumously affect thereafter. At the zenith of his popularity, Swami Kebalananda had possessed thousands of disciples, only to reinforce the mains staple of the worthiness of the saint who had come before Yogananda at a point in time of his life when such a warmly, sweltering presence was yearned for by Yogananda. In light of all this prevailing data to the good name of Swami Kebalananda, Lahiri Mahasaya in adamantly heightened frequency described the Swami as being a Rishi or a illumined sage. 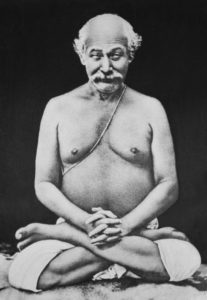 Once met in unison and harmonic togetherness, Yogananda and Swami Kebalananda had as one unified agent, practiced inordinate amounts of Kriya Yoga, the very same type of Yoga reportedly of which Ascended Master Jesus Christ had equally and likewise done so while in his travels to India as well. Swami Kebalananda was well-established authority figurehead on the ancient Shastras or sacred book, which had led him to be aggrandized with the lofty title of “Shastri Mahasaya”, which was synonymous to his other names to be addressed by such as Swami Kebalananda. Lahiri Mahasaya had supposedly mastered access to what Yogananda had referred to as the ‘divine library’ or in another word in  Hindu-Indian circles, the Akashic Records, which were only further expounded upon when he had seamlessly, tenuously, propounded the truths of the philosophies of what the Ancient Vedas have known for over 10,000+ years! Kriya Yoga was heavily advised to any disciple by Lahiri Mahasaya, unequivocally, to reiterate another fact for the Ancient Egyptians had disseminated a truth tuning to a verisimilitude that indeed, “The Kindgom of God is within Man. And he who knows himself, will know God.” Mathematician-Philosopher, Rene Descartes described the “Mind’s Eye” as being the “Seat of the Soul” and accessible through Yoga, Meditation and other bodily, corporeal discipline…the ability of which can be tapped into and cultivated physiologically by different physical stimulations, and stimulants and is also known in esoteric circle as the Third Eye ie, the Pineal Gland.

One man who would later become a disciple to the Ways of the Swami had received a healing session for his terribly damaged eyesight. By a joylessly though extremely effective touch of the Swami to the man’s forehead between the eyebrows, he had advised the man to chant the prophet’s name Rama for seven days.

Conclusion: All “miracles” attributed, performed and exhibited by Lahiri Mahasaya were never allowed to be credited to the individual directly, but rather external mediumship for which the individual was just viewed as conduit to relay the experience to the individuals of which were to receive whatever blessing Mahasaya was to bequeath unto him/her. This phenomena is mimicks very strongly the power of Pranic Healing and its sister practice, Reiki Healing, both of which can be developed according to Yogananda by any one person; irrespective of any sociological creation such as (socioeconomic level, status, titles, wealth, creeds, etc.) 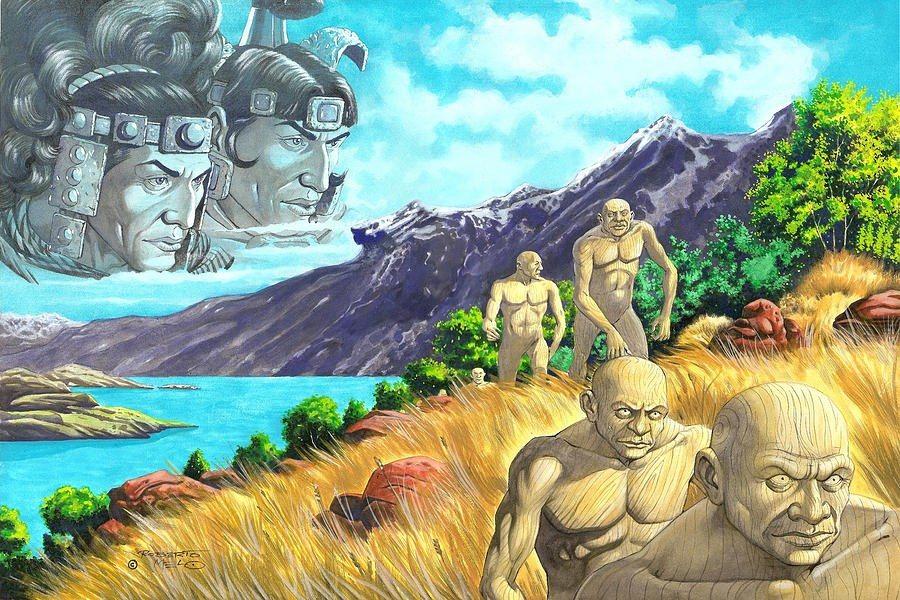 June 12, 2016
Previous Post The Saint with Two Bodies - The Tale of Yogananda continued
Next Post The Perfume Saint Exhibits His Wonders