The Story of Pramahansa Yogananda 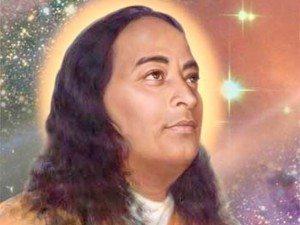 The Story of Pramahansa Yogananda

Off in the cascading far regions of India was born a lecturer, author and spokesperson who was a prolific orator on relevant subject matter like meditation, the yoga sciences and philosophy in general. His work also described and therefore encapsulated how to live a meaningful more fulfilled life through these arcane though formidably powerful mystical and mythical techniques. He founded the Self-Realization Fellowship in 1920, a community of like-minded individuals who have to this beaming day upheld his teachings and tantalizing viewpoints on all these collective talking points. His work has touched the hearts, minds and souls of millions of people. Paramahansa Yogananda chose a select few members of the SRF Publications Council (monks and nuns who have taken lifelong vows of renunciation and selfless service and honor the will of Mr. Yogananda himself. The SRF Publications Council has continued informally the legacy of Yogananda’s work.

“The experience of meeting Paramahansa Yogananda is etched in my memory as of the unforgettable events of my life….As I looked into his faced my eyes were almost dazzled by a radiance—a light of spirituality that literally shone from him. His infinite gentleness, his gracious kindliness, enveloped me like warm sunshine….I could that his understanding and insight extended to the most mundane of problems, even though he was a man of Spirit. In I found a true ambassador of India, carrying and spreading the essence of India’s ancient wisdom to the world.” -Dr. Binay R. Sen, former Ambassador of India to the United States

Autobiography of a Yogi

According to the text which I have just a minor distance away from my body, the writing of the work had been prophesized long ago. One of the seminal figureheads at the dawning of the bebirth of yoga in the contemporary age, the reverential 19th century master Lahiri Mahasaya, had foretold that after 50 years of him being deceased a new account of his life will be written because of a deep interest in yoga, one which will arise in the west. The message will enshroud the world with a blanket of glimmering enlightenment and establish a brotherhood among man. It was in 1945, exactly half a century as preordained by Mr. Mahasaya that Autobiography of a Yogi was inscribed in the cementing for all of time to be immortalized forevermore. And so a legend, prophecy and Word were captured to tell a story, a story by a Yogi. 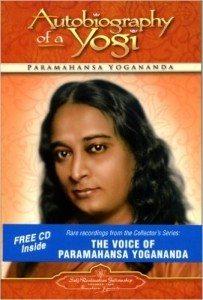 Having met with a diverse array of famed sages, yogis, gurus and spiritual leaders, Autobiography of a Yogi serves instrumentally to those keen of sight and vision to rethink the occult and yogic sciences. Named one of the 100 best spiritual books of the 20th century, the yogic sciences have evolved drastically due to the life and breath that Mr. Yogananda has drawn and emitted thanks to his work and the legacy he has left to those at the Self-Realization Fellowship. Due to the almost paranormal nature of Yogananda’s life, he has blurred the philosophic sciences with mysticism and the occult into one omega literary work that has still to this lasting day and age captivated those interested in the Eastern Mystical Thought. Indeed, his work stands as the crowning apex gold ruby encased jewel for those seeking mystical communion with borderlining the supernatural, the divine and mythically abnormal as a living X-File.