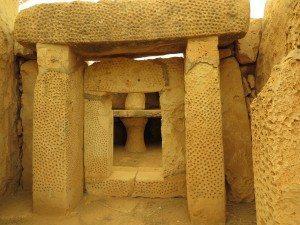 Ancient Megalithic site on the Island of Malta

Ancient Megalithic site on the Island of Malta

Some of the mysteries on the Island of Malta include caves , chambers, Elongated Skulls, puzzling cart wheel tracks in solid rock and megalithic ruins built by Giants. Now Initiates can find here a few Magi connections that should help demystify some of the ancient mysteries of this incredible island. 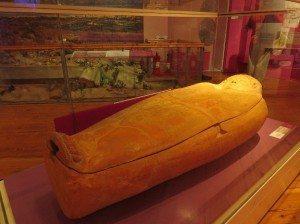 Mummy in the Valetta museum on Island of Malta

Located in Mediterranean Sea Malta is an Island not far from ancient Phoenician capital city of Sidon in today’s Lebanon. For decades the ruins located at Malta were considered some of the oldest in the world. So if the Phoenician Magi began their journey in Turkey and then moved onto Lebanon it would logistically make sense that Malta would be one of the very first in a series of island settlements ever built after the Great Flood. Image Left shows evidence of the mummy casket tradition popular in Egypt that may have begun here with the early Magi on Malta. Especially since the Phoenicians where naval experts, so it’s far more likely for them to travel by water then by land when colonizing.
“When the Phoenicians arrived to the Maltese islands, some believe that they may have found them largely uninhabited and used them as safe anchorage for their ships. It is a known fact that the Carthaginians — who were themselves descendants of the Phoenicians — later, colonized Malta. It is not really clear what happened to the people of Malta (or who were they) who pre-dated the Phoenicians.
Phoenicia.org “
So I think it’s not only a question of who predated the Phoenicians but also a question of if anyone did or they really may have been the first to repopulate this area after the world flood.

One of the island legends consists of Giants being involved with the impressive megalithic constructions found all over the island. From all of the previous research into the Magi we have an idea of the possibility that the first Phoenicians had red hair but also greater stature that would make them a match for the physical description of being tall given in the legend. Plus the early Magi are known to have been the first to build megaliths so that too matches the accounts. In the Image Right we can see there construction methods are close to the style of Stonehenge, Göbekli Tepe and even Peru.

Part of what adds to the mystery of Malta is the cart tracks found in solid rock. Conservative ideas include the lines were naturally formed when the rock itself was still being made millions of years ago. Some of this style cart ruts have been found in Turkey that range from 12-14 million years ago as well. Pompeii also has some of the same formations there in the rock. A new theory suggest the wheels on the carts were made of copper and if sand got between the wheels and rock it would have acted like sand paper and sanded them down much faster. Just like copper may have been used with sand to cut out and polish large blocks of stone by the Magi in Egypt. Hard stone makes cutting and polishing with sand work even better then modern diamond bit tools an idea that was recently made popular by a video hosted by Dr. Michael Heiser. There is also ancient Magi technique of softening rock like we see on walls in Peru. A inventor from Canada named John Hutchison was attempting to recreate the research of Tesla in the golden era of the 1970’s and was able to temporarily soften solid objects with electricity. Even though there is some debate over the validity of his tests it is today commonly known as part of the Hutchison Effect. One should also consider the Vedic versions of history suggested most notably by Forbidden Archaeologist Michael A. Cremo. Under his model these lines could have been created millions of years ago by a previous civilization that was later completely wiped out. Our modern times could just be yet another rendition of greater cycles. Really when you consider our civilization right now is only one meteor or volcano away from crumbling back into dust. Maybe fifty thousand years in the future a new group of early hunter gathers will find the tracks at Malta again and wonder what we do now. 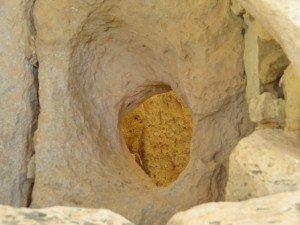 A rock opening outside on Malta

A rock opening outside on Malta

Lastly there is a vast network of underground caves on the Island of Malta. Part of their mystery is just how many there are down there and who was using them and for how long. Some locals say when a chamber called the Hypogeum was first rediscovered it was full of human bones with elongated skulls that were later stolen from the museum maybe even part of a Ancient Magi Conspiracy. Some controversial numbers have come back from dating the site but on average the oldest would approximate seven thousand years. But maybe these caverns offered a location for people and even there animals a place to live and wait out numerous types of catastrophe’s throughout the ages. Maybe some of the ancient magi lived here underground throughout many extinction level events such as comets, floods, ice ages or other catastrophic times. From ancient South American text like the Pol po vul we know caves are often seen as portal to the Underworld. Then we have the Epic of Gilgamesh from the Sumerian era that also tells the tale of the Immortal beings living in underworld. Even modern day account suggests the idea that an entire advanced humanoid subterranean civilization with reptilian DNA lives just beneath the surface. Ancient Ojibwa legends include the slaying of giant fish by a hero that eventually led to the unlocking of secret caves to him that are normally invisible to mere mortals. So maybe it could be that all of these Magi tales of the underworld portals in caves explains those that have gone missing while exploring the depths of the caves in Malta.

Sadly there is also a tragic folklore story about a group of school children a long time ago that went missing in the chambers without a trace. Debates still continues over what could have happened to them. Some see this as evidence of the supernatural origins of the caves and while others insist they just all got lost into its unexplored depths.

For that maybe the most impressive feature on the Island of Malta is the underground chambers of the Hypogeum which literally a Greek word meaning underground. Image Above Left you can see the island has many carved and natural rock formations. But deeper on the island some places were found that are not really caves but instead are man made rooms carved to extreme precision. This area is a well-protected by UNESCO for its status on the World Heritage Site list. Therefore it is off limits for many things such as more modern photographs. Some study’s of archaeoacoustic tests were been done in 2014 on the elaborately carved chamber with real resonating results. Some speculate the frequency the chamber produces is a healing or hypnotic effect. Others say the frequency is part of the mystery technology used to soften rock and build megalithic constructions. Or maybe this is where the Magi setup there first portal to the underworld and somehow it could still be opening explaining those that have gone missing inside. It could be the children by accident sang a special sounding tune in the Hypogeum chamber that opened a one way portal to another realm for them to never be seen again. Now we can only hope they may have found a new family of Immortals living in the Underworld willing to raise them as there own. Maybe one day with further archaeoacoustic testing we can unlock the secrets of how Hypogeum chamber was intended to be used and find traces of the missing kids. 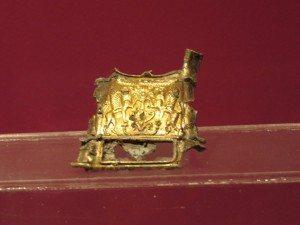 So here we have the Island Malta filled with mystery’s and possible Magi connections. Mummies, missing Elongated Skulls and Megalithic constructions. This Gold artifact depicting the Sacred Tree and the God in the Winged Disk Seen Left is the strongest piece of evidence for the Magi case. It is undoubtedly related to the Winged Disk of the Sumerians and is still called Ahura Mazda today by the Zoroastrians. It is the Secret Meaning to Freemasonry and God of the Ancient Phoenician Magi. So now the Adept Initiate may consider some of the Islands mystery’s solved. Ancient Magi may really have been the advanced people that built with stone and created the carts paths here. Plus there legends of Underworld could be true and portal openings on Islands like Malta could lead to an incredible underground civilization that lay all over the world just beneath our feet.