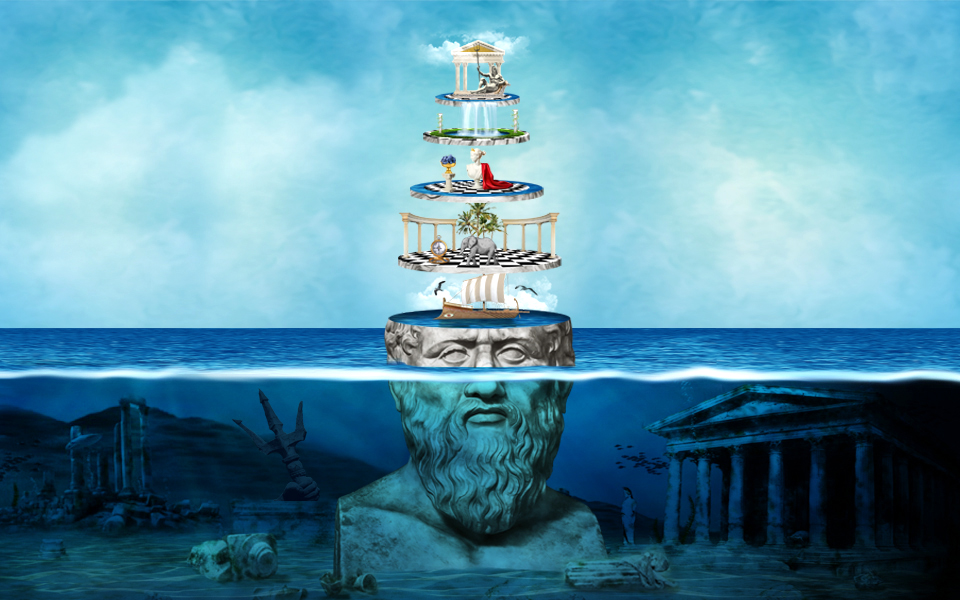 When exploring the ancient mystery traditions it is critical that we examine Atlantis. The Rosicrucians include this lost civilization as part of their traditional time line. In fact, many western esoteric organizations believe that in Atlantis once stood a great university, one of the first mystery schools where most of the arts and sciences originated.

For decades researchers and scholars have argued over the existence of the so called “Mother of Empires” but it was Plato’s description of Atlantis first in Timaeus and later in Critias that revived the story of this great empire for centuries to come.

The legend informs us of an ancient civilization that not only predated dynastic Egypt but possessed a vast technological, scientific, and spiritual knowledge. It has since vanished off the map.

“The famous Atlantis exists no longer, but we can hardly doubt that it did once…”

“Atlantis, therefore, is the archetype of the pattern of government, which existed in ancient days but was destroyed…”

In his work, Plato recounts his elder Solon’s story of an Egyptian priest who tells him about the great Atlantean empire. He describes Atlantis as an island that had rule over Lybia, Europe, Egypt, and Tyrrhenia (Italy).

Atlantis is described as a utopia where advanced beings dwell and live a moral life. As in any great empire after them, the Atlanteans become corrupt and wage wars. They go to war with Athens and lose. The Atlantean empire is destroyed and sinks beneath the ocean floor.

It is quoted in Critias that “For which reason the sea in those parts is impassable and impenetrable, because there is a shoal of mud in the way; and this was caused by the subsidence of the island.”

Plato tells us that the destruction of Atlantis happened 9000 years before the Christian era.

The Location of Atlantis

Another Greek philosopher of similar era, Herodotus explains that near a salt hill is a mountain named atlas and that this salt hill is at a distance of twenty days from the Garmantians.

In her work Anthropogenesis, Helena Blavatsky commonly referred to as Madame Blavatsky writes about how the Hindu Puranas also describe continents and islands far away from Western Africa thus describing the once thriving Atlantis.

The “Sleeping Prophet”, Edgar Cayce, states that the content of Atlantis is situated in between the Gulf of Mexico and the Mediterranean sea. In his readings Cayce mentions that the two principal islands are Poseidia and Aryan.

The Question of Morals

Mainstream academia believes that Plato’s story was simply a fable or allegory that conveyed the need for a morally and pure political utopia. To the scholars the idea of Atlantis was simply and idealistic conception of an advanced society.

In Plato’s writings it can be truthfully seen that he makes no statement saying or hinting that the story of Atlantis is merely a well concocted story.

If Atlantis really did exist will its remnants surface at some point or have they already? At the very least should it serve as a lesson for the modern mankind to evolve our ways as to not end up as the great Atlanteans did?

Winter Solstice-Coming Out of the Darkness