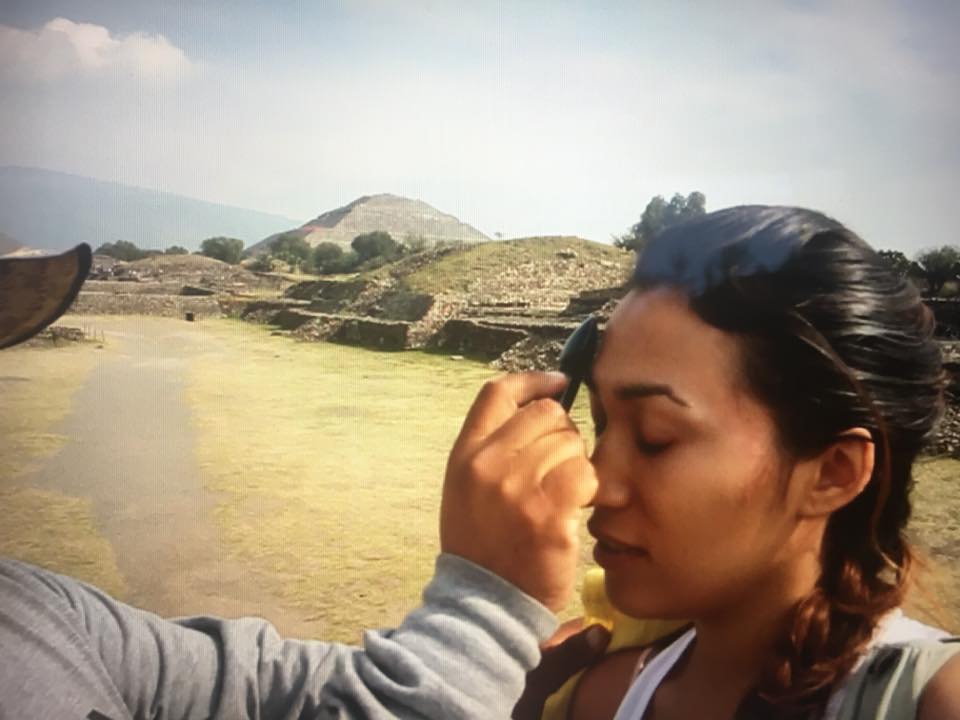 This exercise is taken from the oral tradition of the ancient Mexicans and still used in the practice of Nahualism today….

STEP 1: Use a mirror. Stare into it for about 30 minutes. Preferably an obsidian mirror as obsidian stone was the choice of the Nahuas (or Shaman)

STEP 2: Try to describe yourself while you look into the mirror.

It’s helpful to keep a journal and date every entry. This way you can see how you have grown to Know Yourself with time.

Once you master the discipline of looking into the reflection for 30 minutes there are more advanced techniques to follow. I will write a full blog post on this in the near future.

The Nahuas of Mexico tell us that the mirror eventually acts as a gateway to other worlds where you can alter reality, summon energies, see the past, future, and present…

The original 007 and advisor to Queen Elizabeth I, pka John Dee (also an English mathematician, occult philosopher, and alchemist who devoted much of his life to the study of esoteric arts and he used a very special object… 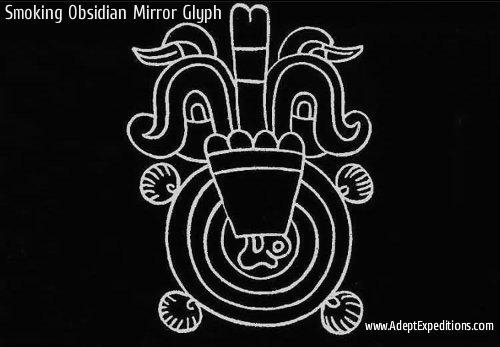 It is important to note that Dee’s possession was an object from a specific place, and that place was the Americas!

And it was made by a particular people, by the Aztecs

“Whether defenders or denigrators of the Indians, whether de las Casas or Cortez (or their contemporary proxies), it’s often taken as a teleological given, an inevitable outcome that the indigenous would be conquered by Europeans. And yet nothing could be further from the truth, to assume that the Indians’ defeat was a guarantee is to assault them and to do violence to their memory. Well into the eighteenth century the interior of America was well under native control. It was the Europeans of the time who saw their own march of conquest as inevitable and we’re heirs to that opinion. If any one event can be taken to have enshrined in the European imagination their promised and prophetic future dominion over the fourth part of the world it was Cortez’ destruction of the Aztec. Enhanced by Spanish and generally European propaganda in the five centuries since it happened, the mythopoeic significance of the event shouldn’t be discounted as a foundational legend on the creation of our brave new world that has such people in it. To begin with, the discovery, or rather invention of America (as the critic Edmundo O’Gorman has it) was such a profound shift in the cosmology of the western imagination that arguably even the Copernican Revolution or the Reformation itself seem insignificant in its light. To learn that an entire undiscovered hemisphere filled with unknown people lay beyond the western horizon must have been shocking to common people in a way that astronomy with its complex epicycles and its orbits couldn’t be. It was, as one Spanish explorer had it: “the greatest event since the creation of the world.” The old Trinitarian three-continent geography had been disrupted, the very literal existence of the Americas was a challenge, if not a heresy, that demanded an answer. It should not be minimized – the profound affect this land to the west had on the European consciousness. Indeed it was new in a way that could charitably only be understood as mythic. John Mandeville’s medieval voyages may have been to a constructed India, but India was always known to be real. China was known by the Romans (who traded with her). Africa may have been a “dark continent,” but it was there. And always Prester John was somewhere with the ten tribes of Israel across the boulder filled Sambation. But America was something different, something that required a new myth but could only be discussed in the language of old: Cockaigne, paradise, Eden.” – Ed Simon

Everyone wants results but most people don’t want to work on something they can’t see nor touch – which is our spiritual essence.

Most of us are stuck in the material and think that anything abstract is not worth the time but is the first enemy to conquer not ourselves?

“…this thing of darkness I, Acknowledge mine.” – Prospero, The Temest

Nahualism is not limited to the Aztecs, Toltecs, and Olmecs…even the Maya referred to Nahualism as “The Way”

This is one of the strange mysteries of the Maya

We will be going into more depth, and sharing a lot more of our research in the field for the Mysteries of the Maya study trip….

If you want to join us register here www.AdeptExpeditions.com 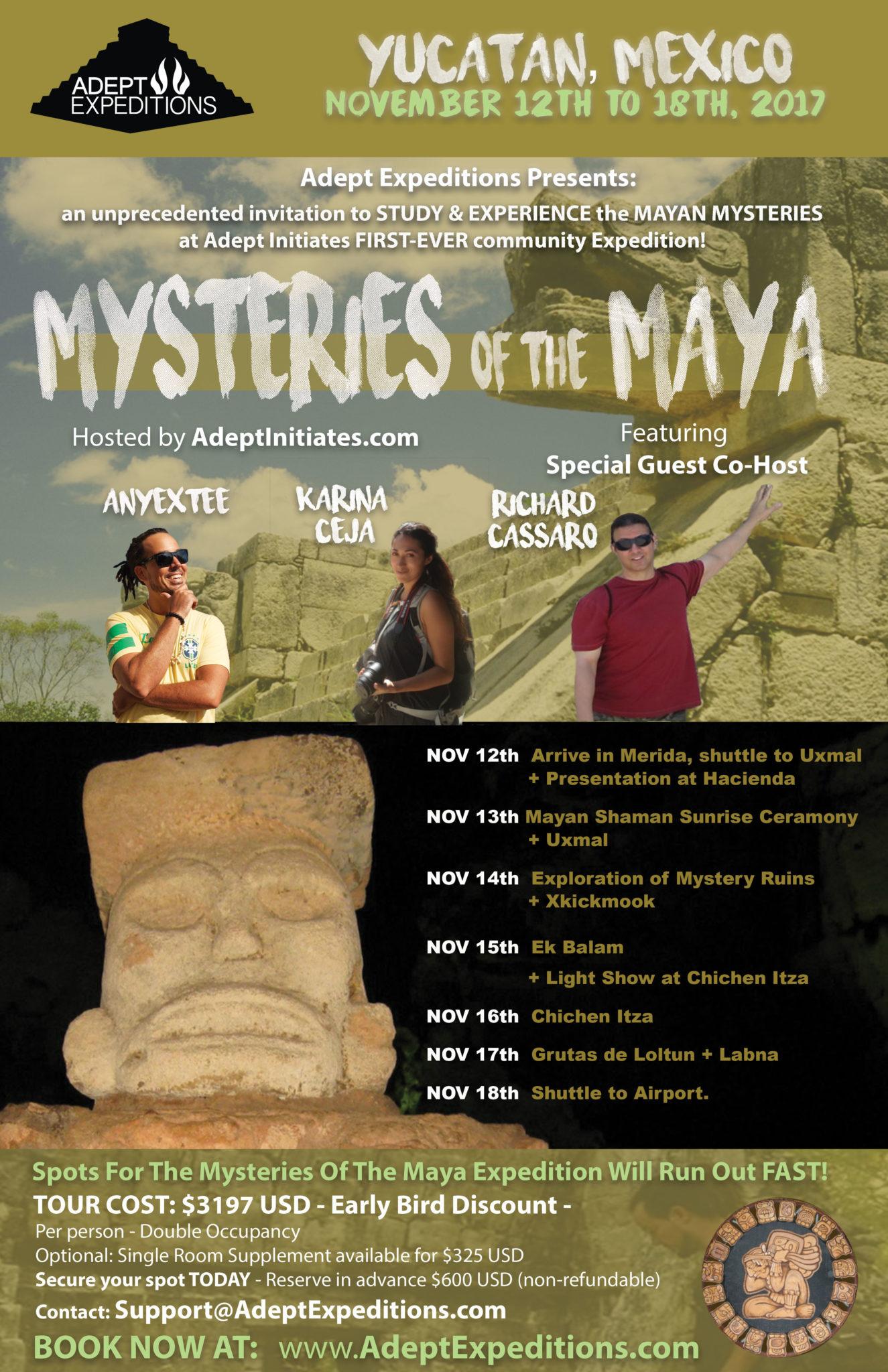 New Years Resolution(s) and The Power of Mind