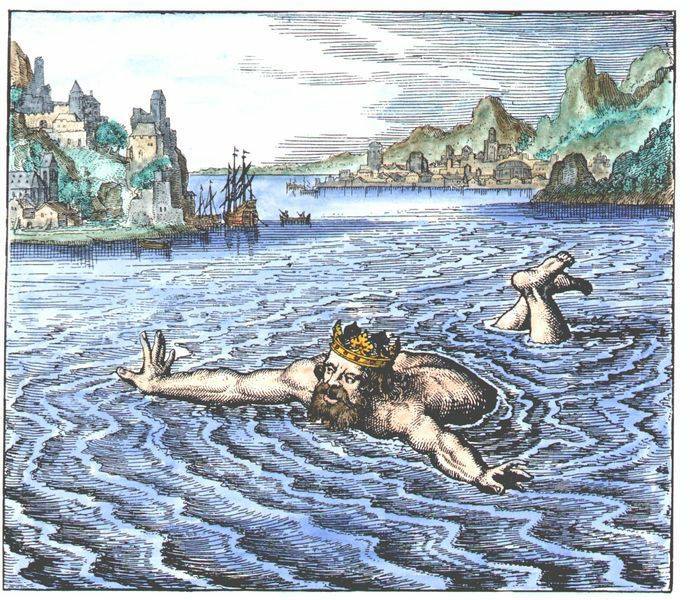 Alchemy & Astrology: The Torment of the Metals

Torment of the Metals

The Flames moisten.
The Waters evaporate.
Vapor and Smoke,
flowing from the Crucible,
Are on the rise.
Raise your gaze.
Look up to the Skies.

Mercury just went retrograde on the 23rd and won’t return to prograde until after April 15…just in time for taxes .

The metal (Mercury) is associated with death, mystery and transformation. It is connected with divination and scrying. It is also related to travel and movement, both physically and spiritually.

During times of retrograde, fetching the King from the Red Sea (Mercurial Waters) requires more effort, attention and care.

The Sun (Gold) having just “passed over” the Equator from South to North on the Equinox is set to make its “pass over” again from West to East in mid-April. Pesach, or Passover is from March 30th to April 7th. Easter falls on April Fools Day, the 1rst, the day after the Blue Moon (Silver).

The (Gold) of the Sun represents perfection and purity. Gold was often used as offerings for the gods, for ceremonial purposes and for decorative beautification. Most cultures see this metal as a symbol of wealth, prosperity, authority and charisma. It is an aid in healing, protection, growth and knowledge. Silver shares many similar properties, which I explore a bit more below. Silver and Gold are excellent conductors of currency. Symbolically they connect the physical and the spiritual worlds.

Mars, bringing the (Iron), will be at its best and brightest morning visibility this year today on Wednesday the 28th and will continually become brighter on average through August. Even though it’s currently at a distance of around 100 million miles from Earth (40 million closer than average), it is set to grow over the summer to as bright as it was in 2003 back when Mars approached as close as 38.8 million miles. Mars will be putting on the heat and purifying with the iron for a while.

Mars (Iron) is also set to conjoin very closely with Saturn (Lead) on April 2, the day after Easter, stirring the “gall-drink” with the flaming iron sword of purification. Lead has dark connections and is related to divination, death and transformation. It represents toxicity and impurities, of the metals as well as humans, and its burning is metaphoric, representing cleansing and the removal of imperfections.

Also, today on Wednesday the 28th, Venus, bringing her malleability, fusibility and ductility (Copper), like a crucible, will meet up in an extremely close conjunction with Aquarian Uranus carrying darker waters, introducing the more elusive and exotic (Zinc) to the crucible to connect us to more spiritual aspiration, growth, and stature.

April 3rd, the Moon (Silver) bringing intuition, inner knowledge, and an adaptable spirituality, plus love, wisdom, dreams, luck and wealth, will conjoin with Jupiter (Tin). Tin embodies wisdom, logic, education, maturity and knowledge and is believed to be the metal of the sages and scholars. It is associated with mediation, balance and a philosophical view of life. This metal is also connected to prosperity and wealth, but we’re not talking coins here. There are more splendid and valuable gems to be found within the Crown.

In Uraltes chymisches Werk (1760), Abraham Eleazar offers an interpretation about how the dragon is prepared from the philosopher’s vitriol and represents the dry path, while Saturn’s Lead mixes with Antimony, and represents the wet path. Finally, by achieving links to Mercury, both lead to the dragon’s restoration.

Antimony is regarded as a cooperative metal because it works best when it is combined with another metal, notably lead, brass and bronze. It is a protective metal and teaches the values of transformation and adaptability. It teaches of wisdom and strength that can be gained from others and also given in return. Antimony represents the free spirit and the wild natural power dwelling within all humans.

“The metals must be strongly calcinated into a pure, clear ash… think on’t, sinful man, that you too with the best of wills must also suffer several deaths if you wish to be the pure red, golden stone and enter the pure Heaven.”

“Calcination is transposition to a kind of white ash or earth or white chalk thanks to the spirits of our process; it occurs with our fire, with the water of our Mercury.”

“In the ash that remains in the bottom of the grave, there lies the king’s diadem. [crown]”

“Take his soul and return it to him, for the corruption and destruction of the one thing is the birth of the other. This means: rob him of the destructive moisture and augment it with his natural moisture, which will be his completion and his life.”

“A parable on the ‘preparation of the destructive moistures’ (putrefaction, Saturn), and ‘renewal with the essential moisture’, Mercurial water: ‘The ancients saw (…) a mist draw over the earth and water it (Genesis 2, 6), and the impetuosities of the sea (…) and of the earth, which grew rotten and stinking in the darkness, and they saw the king of Earth sinking and heard him cry: Whoever saves me will (…) govern in my clarity on my royal throne (…) The next day they saw what seemed to be a morning star arise over the king and the light of day (…) He was crowned with three precious crowns of iron, silver and gold (…)’.”

Michael Maier, known for his book Atalanta Fugiens from 1617, says, according to Alexander Roob in Alchemy & Mysticism:

“If one fetches the king from the red sea (Mercurial water), one should be careful that he does not lose his crown, for with its stones one could heal illnesses. Afterwards one should place him in a steam-bath, so that he loses the water he has swallowed, and then marry him, so that he produces a royal son.”

🔺Here’s to drawing the quintessence out of the elemental…
Power.Love.Wisdom Y’all!

June 12, 2016
Previous Post Is There A Hidden Qabalistic Occult Meaning To The Great Seal of The United States of America?
Next Post Where Does the Word Sphinx Originate From?