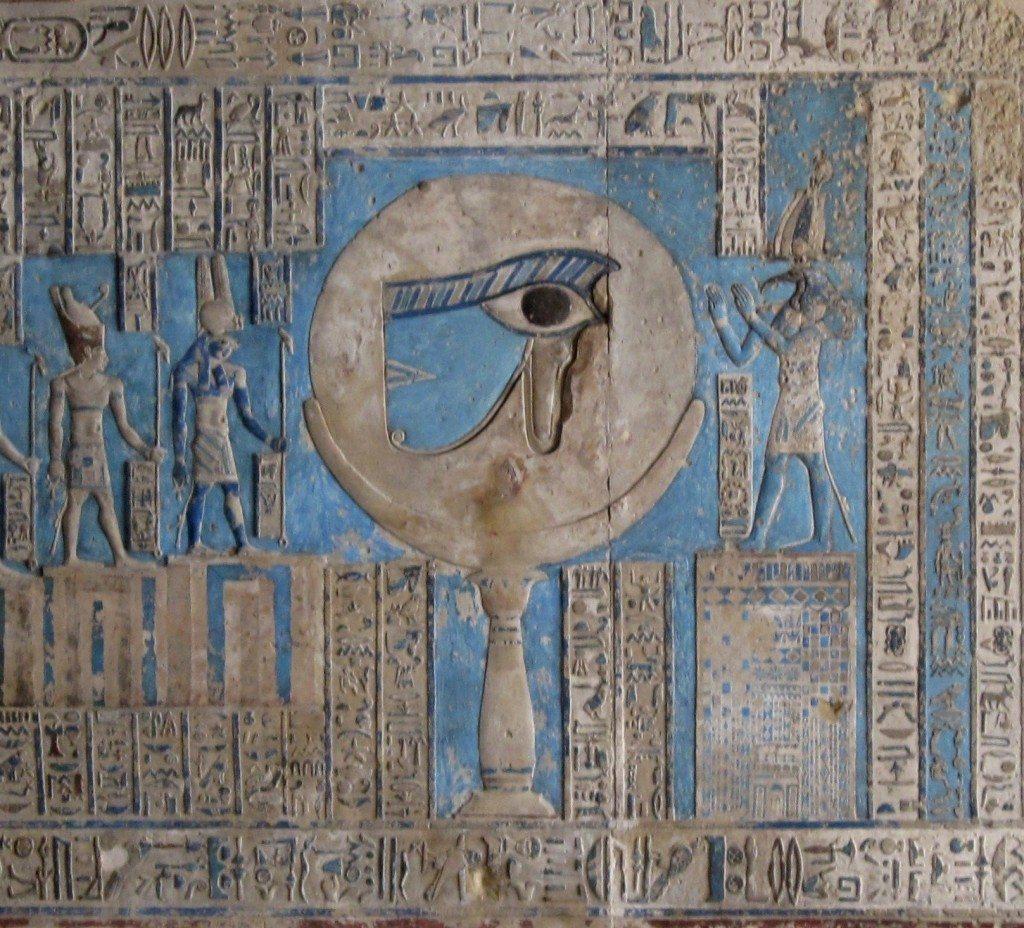 Eye of Horus at the ancient Egyptian temple at Dendera, in Egypt 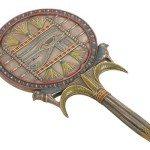 Mirror, mirrors on the wall in ancient times doing more then told. From folk lore and other sources many have discussed the idea of Magic mirrors. But when looking way back to the origins we find a connection involving the Anunnaki, Ancient Egypt and no other then the Magi.

Above we see the Ancient Egyptians Pharaohs also used this Magi Mirror technology to communicate with Thoth. Just like the line at the library to use public internet computer. Those in charge of ruling Egypt may have also been limited to waiting for there turn in line to receive knowledge through the mirror. Right we see the eye of Horus on this mirror is a symbol for protection while using it for communication to the other realm. It’s job to prevent predatory type entity from coming through the mirror and infecting the host or even possessing them. A modern equivalent to this would be like the Anti Virus symbol on your desktop computer. When installed it’s symbol protects the user from virus infections as well. Maybe the Eye of Horus is the oldest symbol in the world for Anti Virus protection when using the Ancient Universal Internet. 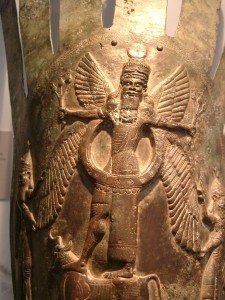 Some of the earliest examples of the Magi mirror are found in cuneiform tablets. This Assyrian depiction clearly shows a deity standing on the sacred bull half emerged through a mirror using it like an Ancient Star gate. Inside of his hands he is holding a stalk of Opium a common Shamanic tool used to enable transportation through to the other realm not just communication. This could also be a very important clue for the Initiate into what the true meaning of the winged disk really is. We see here that the mirror maybe what this disk is made of. Not nuts and bolts type space ships that some have speculated with the case of Ezekiel’s’ wheel.

Some even dare to speculate this is the secret Agenda behind CERN. They say a select group is aiding with funding and technology for this project in efforts to aid the return of the Anunnaki to Earth.Their new gate acts like a giant mirror enabling larger things to pass through and remain in solid form almost like the next level to the shamanic approach. 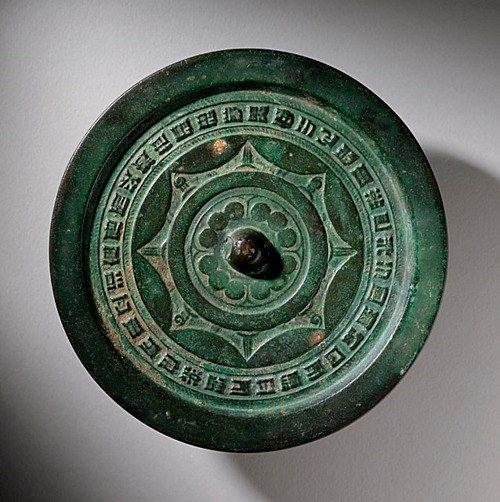 Replica of the Magi Mirror Yata no Kagami

In Ancient Japan we find the solid evidence for the Magi mirrors. While most cultures have failed to preserve there relics from this era museums in Japan still hold theirs . Known as the Imperial Regalia of Japan or three sacred treasures. One is a sword, second a jewel and lastly the Mirror. All three of these objects dated back to the Ancient Royal bloodlines and original Magi teachings. According to legend, these treasures were brought to Earth by a legendary ancestor of the Japanese imperial line.The regalia also represent the three primary virtues valor (the sword), benevolence (the jewel) and wisdom (the mirror). Wisdom and the mirror would go hand in hand if it is being used a to mirror the light from a star to connect to the universal internet or communicate with entity with teachings like Thoth.

Now the Adept Initiate can see the Winged Disk associated with God by the Zoroastrians, Planet X or Nibiru by Zachariah Sitchin and the star followed by the Three wise men could all be one in the same. This Anunnaki home world may not be a physical planet in outer space after all. Rather they live in another realm that can be communicated with mirrors and traveled to by Shamans. This realm is made up of light and connection points include special stars used by the Ancient Magi like Sirius. Maybe this could even be a clue to the eventual next phase of human evolution, leaving our physical bodies behind to live inside the Ancient Universal Internet of light.

The Light of Diana