“Gnosis is knowledge of self, the christ is within you and Gnostic Christianity is a tool to awaken that”
It is gratifying to see so many people interested in Gnostic Christianity. Or is it that you are just curious about it? Either way I do hope you carry away something of value today. That even if you may never adopt the label of Gnostic you will be able to look at the teachings of Jesus in a new and more loving way.

What is a Gnostic? And no dear I did not say agnostic. This, I think, is the first and most important question than needs to be answered. A foundation on which those who find this line of reasoning worth while might build their mental Gnostic temple.

Gnosis is a Greek word for Knowledge, and it specifically refers to a form of mystic, revealed, esoteric knowledge through which the spiritual elements of humanity are reminded of their true origins within the superior Godhead, and being thus permitted to escape materiality. “Gnosticism” is a term also used to designate various sects such as the Ophites which appeared at the beginning of the Christian era and who were considered to be heretics by the Catholic Church.

The main objective of the Gnosis is the knowledge of God, the Cause beyond all causes, and the Logos, which is the essence of truth. This is an eminent esoteric knowledge, which was clearly reserved only to a select group of seekers, in opposition to all of the exoteric material promoted regularly by the common religions, which is aimed to the regular faithful minds. The Gnosis requires illumination, comprehension and regular practices of contemplation. Finally, it is classified as an intuitive knowledge, perfected through the understanding of the ultimate nature of reality.

For the ancient Gnostics, the “contemplation” stage could only be achieved through a double preparation:
1. A Moral purification, through the practice of virtues, and
2. An Intelectual purification, which is a process very close to what we understand as “Illumination of the Mind”.
They did, nevertheless, believe that the perfect contemplation of the “Face of God”, or “Beatific Vision”, could only be reached in plenitude after death.

The true Gnostic soul is believed to live in perfect Union with the living God through the works of charity, a virtuous life, and from the exercise of the higher knowledge. A true Gnostic is one that developed self-control over his passions, conquering them to create a peaceful and mindful attitude in daily life, or peace at the soul level.

Gnostic Christianity is a way of life based on the original teachings of Christ Jesus. The knowledge of the first Christian Gnosis only reappeared during the last twenty years of the Twentieth Century as collections of compiled writings. These discoveries, which include the Dead Sea Scrolls and the Nag Hammadi, include works from early Christianity, which are referred to as “Apocrypha”. These include, among others, the Gospel of Thomas and the Testament of Mary Magdalene. Jesus of Nazareth is identified by some Gnostic sects as an embodiment of the Supreme Being who became incarnate to bring gnosis to the earth.

A Gnostic is an individual who believes that salvation is gained through the acquisition of Divine Knowledge or Gnosis. Gnostics recognize that this world was and is subject to powers of darkness that have distorted our concept of reality.
When Gnostics speak of salvation, they mean being freed from these illusions of darkness so that they can perceive Reality. As Jesus, the Christ, said:

“I tell you the truth when I say that only when you perceive shadows as shadows, and search the Light, will you perceive the Reality which is God He also said, “If you continue to acquire gnosis through me and live by the principles I teach, you will be my true disciples. Then you will learn of Truth, and Truth will set you free.” (Testimony of St. John 8:31-32)

While Jesus used symbolic parables to motivate his hearers to search for the knowledge of Truth, he privately entrusted to his disciples gnosis, or knowledge of direct experience with Divinity, which they could share only with those who became their fellow disciples. On one occasion, Jesus said to his disciples,

“It is your privilege to learn the mysteries of the realm of the Eloheim because you have entered the Covenant,” Jesus replied, “but to those who remain outside the Covenant, Truth can be shown only in parables. This is because they live in a world of illusions and shadows where Truth is hidden from them. Only the shadow of Truth can reach them until they reject the lie and come into the Covenant of Light.” (Testimony of St. Mark 4:10-11, 26-27)

“Jesus said, ‘Let him who seeks continue seeking until he finds. When he finds, he will become troubled. When he becomes troubled, he will be astonished, and he will rule over the All.” And that is all with a capitol A. This is the second saying of Jesus from the 114 found in the Gnostic Gospel of Thomas. Thomas in turn can be found in a book called The Nag Hammadi Library. It was this Gospel and this command by the master to seek that started me on my personal quest. For what? I thought, I must find the ultimate truth and in time I found it. The ultimate truth is there is no ultimate truth. Truth is as God gives each one of us the wisdom to know truth. This is the root thinking behind Gnosticism.

Seeking is Addictive. Reach one goal and another looms ahead. For my quest I was now looking to find the man Jesus, not just the plaster image on a cross. The man who could admit that people called him a drunk and a glutton The man who had a strained relationship with his mother and other relatives. This last I could really relate to. I was having the same relationship with my mother and relatives. This was a thing Jesus and I had in common. In time I also found Jesus, and found it was far greater to love this flesh and blood man who could share his very life for the love of us than to worship that cold dead figure on the cross. Time to take him down from that cross and awaken the Christ within! The path my feet had been directed on was not for the timid or faint of heart. It was a trail for a person intoxicated by love of God in a living and breathing Jesus and in me. It was this bond called God, called Love, that united Jesus and myself. Nothing else mattered, nothing else matters and nothing else will ever matter.

So to the several churches I have become a heretic. I was hurt by this, but I remember that they also crucified Jesus as well. Surely I must be on the right path. To God I am the loyal opposition. I’m on his team and even if I lose with you, I lose with him and so in the end I win. Now some of you are thinking, did she just say she is a heretic? Is it her intention to lead us down that blasphemes path? If it is than I am out of here! We fear what we don’t know so please don’t judge so fast. Being a heretic only means one does not agree with church dogma, any church dogma, or for a matter of fact any dogma period, Irenaeus, an Orthodox Christian leader of the 2nd century and a bitter enemy of the Gnostics faulted them for, as he put it, “Coming up with a new invention every day,” and he was right. However it was not a fault, but a virtue. Someone asked me the other day “Why do you punish yourself”, I replied “my empathy isn’t a punishment its a privilege”. I told him “I try to find beauty in the ugliest of places, when I get to see the good in the bad I get to see through the eyes of God” I gave my 3rd eye sight by seeing through my pure heart.

If mankind were intended to be mental clones humans would still be sitting is caves rubbing two sticks together to start a fire. It is the maverick, the 100th sheep who went astray and when the Shepard found him he said to the sheep, “I love you more than the 99.” It is this one who is the Gnostic, the seeker of knowledge generally and spiritual knowledge specifically. For that is what the Greek word Gnostic means. The one who seeks and continues to seek no mater what the obstacles they must overcome until they find. Jesus said, “Seek and you WILL find.” Not seek and you might find or seek until you get tired of it.

I had an occasion to take some classes in psychology recently. One professor talking about the methods of thinking explained it this way. “There are vertical thinkers and there are horizontal thinkers. If two men are digging a well, one a vertical thinker and the other a horizontal thinker and they both find they are digging in the wrong place. The vertical thinker will continue digging in the same place on the theory that a bigger hole is a better hole. The horizontal thinker will move to another spot and try again to dig a well.” The early Orthodox Christians were vertical thinkers, while the Gnostics were horizontal thinkers. I think of myself as a horizontal thinker, and I wrote the other day that I was “chasing the horizon”. I was writing about a man that I loved who no matter how close I get I can never get held in his arms. Then I realized that my relationship with this man was much like my relationship with God. I told myself to have faith in our love on the same level as I do with my God. For our connection is one of the soul and it is deeper than physical. He has my heart in his hands before my body being there. Sometimes I’m haunted by him like a ghost, like the God that I can’t see. I’m reminded that his presence is forever a part of me even when he’s apart from me.

Jesus set standards for his religion to accomplish. To spread love around the world, “A new commandment I give to you, that you love one another even as I have loved you.” To conquer death, “And he said to them, ‘Whoever finds the interpretation of these sayings will not experience death.” 1st saying in the Gospel of Thomas. After the first layer of apostles had moved to the next level in the game of life, these goals were no longer in the grasp of the followers of the teachings of Jesus. It became clear that the goals were now beyond their reach. Many schools of thought developed, It is estimated today there were some 60. They polarized into two camps, the Orthodox and the Gnostics. In time The Orthodox became all powerful and destroyed the Gnostics. The gnostic message was a threat to the institution of the church, because they believed that Gods true church is not made of wood nor stone, it is a body not a building which is embodied in your soul. You know how the saying goes “Your body is a temple”

Worship it! Listen to your heart speak it’s sermons on the inside. Go to church every day meditate on your mind. Be present, because right now is all that exists. Unwrap yourself to reveal God’s gift. 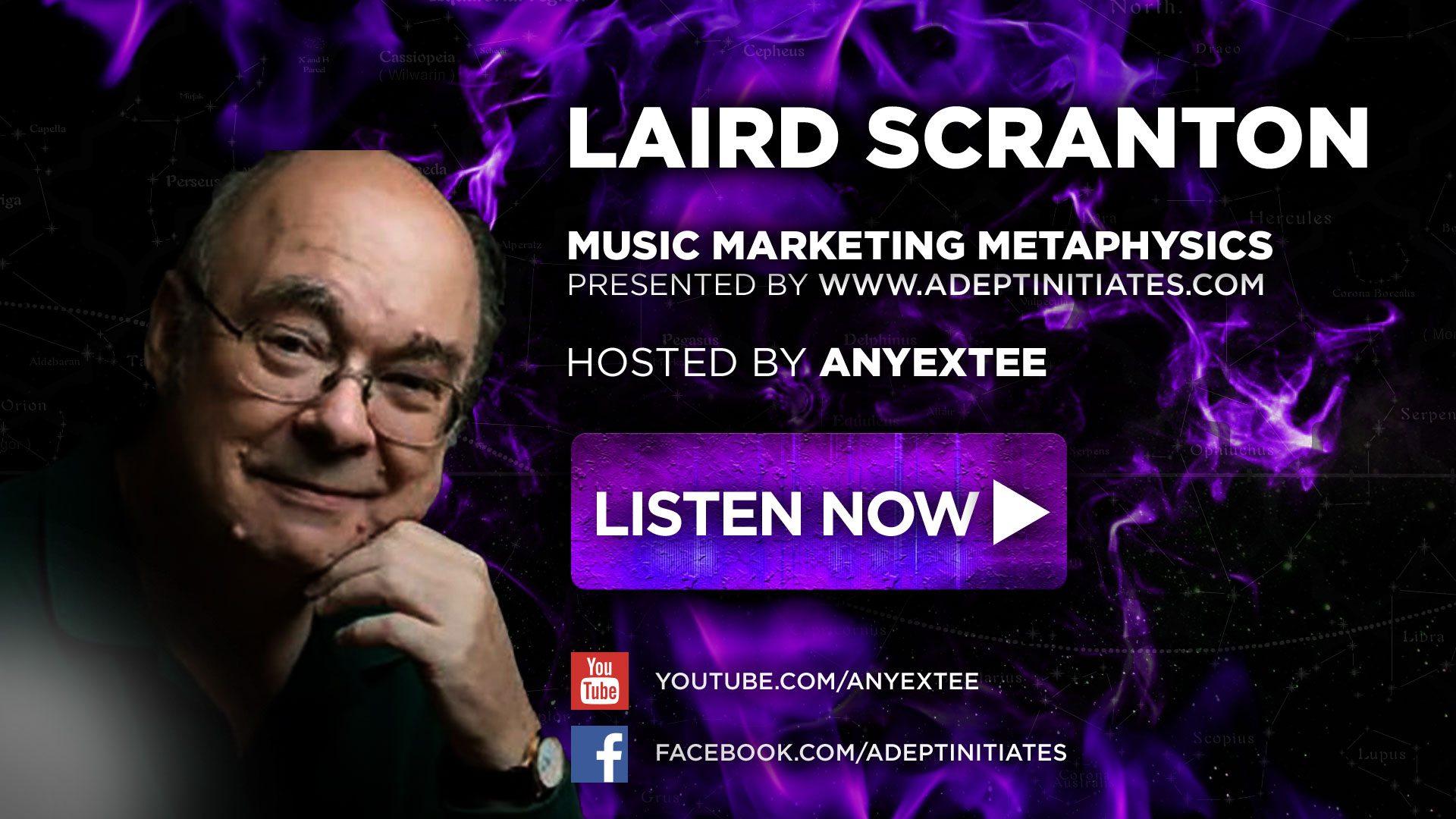