Mystery of the Elüsive Tetrad Reveled

Mystery of the Elüsive Tetrad:

Hidden within duality is three, however, everything is dual in nature so, three becomes four. This is called a “Tetrad,” a “Tetractys,” or the “Tetractys of the Decad.” The sum of two consecutive triangular numbers (Δ + Δ + Δ ) is both a square number and a triangular square number. Simply put, a triangle is both a “triangular number” and a “perfect square.” As a mystical symbol, the mystical-tetrad is the key to understanding the roots of esoteric philosophy and cosmology.

The Tetrad was the foundation of Pythagorean philosophy, so much so, that Pythagorean initiates were required to swear a secret oath by the Tetractys:

“By that pure, holy, four lettered name on high, nature’s eternal fountain and supply, the parent of all souls that living be, by him, with faith find oath, I swear to thee.”

The Pythagoreans even prayed in honor of the Tetrad saying,

“Bless us, divine number, thou who generated gods and men! O holy, holy Tetractys, thou that containest the root and source of the eternally flowing creation! For the divine number begins with the profound, pure unity until it comes to the holy four; then it begets the mother of all, the all-comprising, all-bounding, the first-born, the never-swerving, the never-tiring holy ten, the keyholder of all.”

Why Tetrad is the Key:

Very early on, the Tetrad greatly influenced Kabbalistic thought and Jewish cosmology. This can be seen in the “Tetragrammaton;” one of the names of Göd used in the Hebrew Bible ( יהוה,), commonly transliterated into Latin as “YHWH;” [consisting of] four letters. The Tetrad, also known as the Decad is the framework for understanding “The Tree of Life” cosmology, and is also the key to understanding the harmony of the “YOUnivers.” Similar concepts can be seen in Japanese and Chinese philosophy, Ancient Egyptian cosmology, as well as, Gnostic and Hindu teachings.

Secret of the Elüsive Tetrad:

The secret to understanding the Elüsive Tetrad is by wrapping your mind around the concept of zero. You see, in ancient cultures zero use to have a place value (0,1,2,3,4 etc…) so, two actually becomes three (0+1+1=3). I know this probably goes against everything you’ve been taught mathematically speaking, but I need you to think outside of the box. Now, this next part is a little tricky so, bare with me… I want you to think of zero as a neutral number, like this “θ” (both positive and negative), because like I said, everything in nature is dual so, three becomes four (θ+1+1=4), and so on, and so on. It may help to think of the neutral zero as unmanifested potentiality; quantum energy in a dual state of static motion if you will.

Have I lost you yet..? Logically, this is not an easy concept to understand, and sometimes getting a little lost can be a good thing, because it’s the only way we can ever truly be found, but once this concept is fully understood, it can actually be quite profound.

Some call this hidden and unseen force the “Noumenon” (The Unknowable), “Hagia Sophia” (Holy Wisdom), “Pistis Sophia” (Light-Maiden), or “Parthenos Lucis” (Virgin Light). I prefer to call it “Philos-Sofia,” and have coined it “Dark Nightי, Divine Light,” because light is both the knowable, and the unknowable, and it is the seed within everything, with infinite potential, as is the Tetrad of the Decad.

Now, if after reading this, you’re still unable to wrap your mind around the elüsive Tetrad, or if you don’t feel a sense of a mystical understanding, meditating upon it can bring about a sudden and spontaneous epiphany. Timing is everything, and sometimes spirit will wait for an exact moment we’re ready to receive such messages so, be patient and it will eventually become clear to you, the Universe is really cool like that, as it always here’s the call of our spirit.

© Written by Carrie Love – Excerpt from Chapter 2 of my Book, Master of the Animals 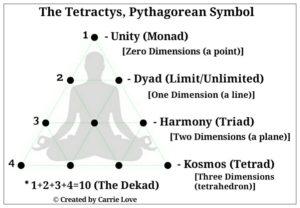 “I am One that Transforms into Two.

I am Two that Transforms into Four.

I am Four that Transforms into Eight.

After This, I am One again.” 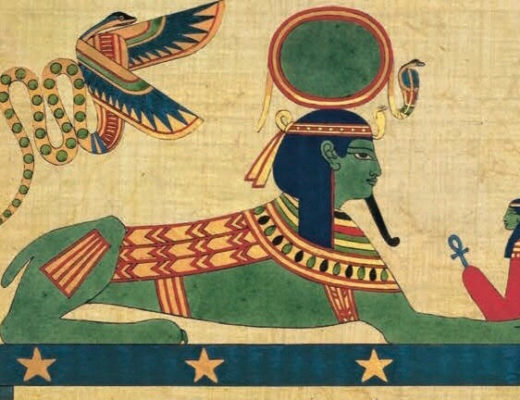 Where Does the Word Sphinx Originate From? 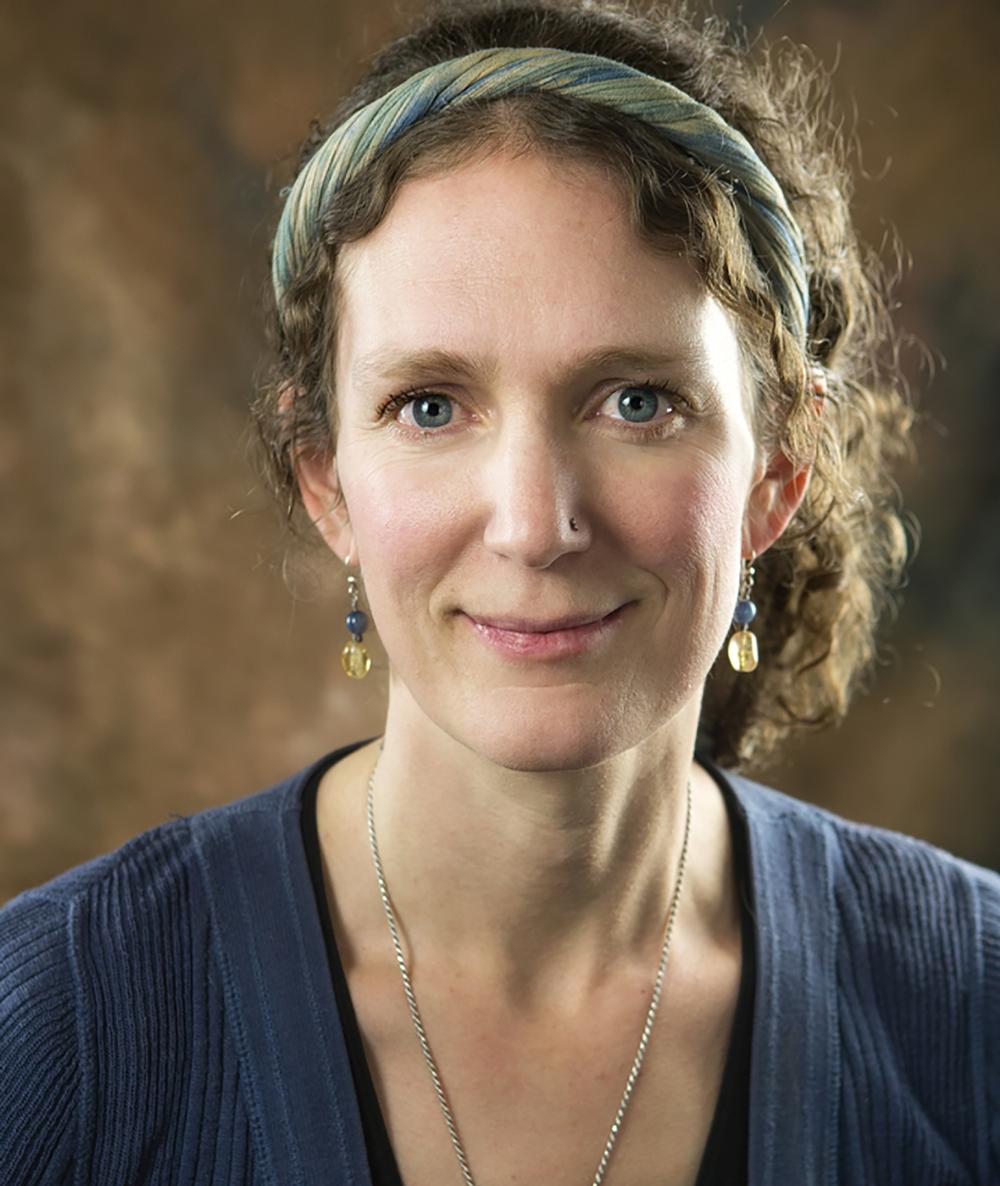 October 19, 2016
Previous Post Metanoia, The Birth of an Initiate
Next Post THE SEVEN TRADITIONAL METALS OF THE ALCHEMISTS AND THEIR TRANSMUTATION Part 2