Martius or Mensis “Moon” Martius, better known today as March was historically our original Lunar New Year in Ancient Roman times until c. 153 BC. Under calendar reforms with the spread of Christian law March was moved from the first month in a 10 month calendar year to the third month in a 12 month solar year.

Martius was in honour of Mars, the god of war; Aprilis from aperiō, meaning to open as Earth opens to receive seed; Maius from Maia was the goddess of growth (maior, elder); Iunius from iunior (younger); and the remaining six months were named with respect to their position on the calendar with numbers five to ten in Latin being quinque, sex, septem, octo, novem and decem, the months were named Quintilis, Sextilis, September, October, November, and December.

All across the world in many cultures March is still celebrated as the New Year under the festival name “Nowruz.” The word “now” means new and the word “ruz” means day so, nowruz means “starting a new day.” It is the Celebration for the start of spring aka “Rejuvenation.”

Noruz is celebrated March 20/21 each year, at the time the sun enters Aries and Spring begins. Our oldest records of Noruz go back to the Arsacid/Parthian times (247 BC-224 AD), but most likely went on long before that under a different name.
Noruz celebrations are deeply rooted in the rituals and traditions of the Zoroastrian religion. Some believe that whatever a person does on Noruz will affect the rest of the year so, if you are warm and kind to others, the new year will be a good one. However, if you are mean and unkind, stressed out etc.. the year will reflect that as well. Leading up to Noruz a thorough spring cleaning is seen as ridding the house of last year’s dirt and germs in preparation for a clean slate, out with the old and in with the new.

On this day when addressing the king the “High Mobad” said:

“O Majesty, on this feast of the equinox, first day of the first month of the year, seeing that thou hast freely chosen God and the faith of the ancient ones; may Sraosha, the angel-messenger, grant thee wisdom and insight and sagacity in thy affairs.
Live long in praise, be happy and fortunate upon thy golden throne, drink immortality from the Cup of Jamshid; and keep in solemn trust the customs of our ancestors, their noble aspirations, fair gestures and the exercise of justice and righteousness.
May thy soul flourish; may thy youth be as the new-grown grain; may thy horse be puissant, victorious; thy sword bright and deadly against foes; thy hawk swift against its prey; thy every act straight as the arrow’s shaft.
Go forth from thy rich throne, conquer new lands. Honor the craftsman and the sage in equal degree; disdain the acquisition of wealth. May thy house prosper and thy life be long!” 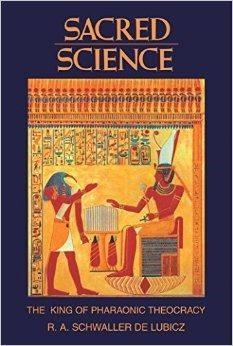 R.A. Schwaller de Lubicz and the Intelligence of the Heart

November 18, 2015
Previous Post The Sacred History Of The Rosicrucians - Part one
Next Post The Three Initiation Stages of The Adept