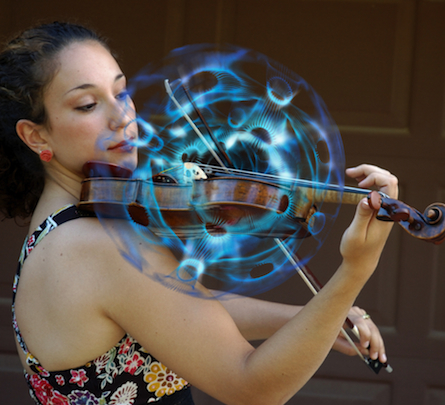 Part I Of II

What is Cymatics? Simply put, Cymatics is sound and vibration made visible, as well as studying the effects it has upon matter.

The lineage of scientific inquiry into the physics of sound can be traced back to Pythagoras (c. 570-495 BC), respectfully, and his proposed ideas on The Harmony Of The Spheres. Experiments on the Cymatic nature of sound, has been carried out by people like Leonardo Da Vinci (1452-1519), when he noticed vibrating a wooden table filled with dust created various shapes. Galileo Galilei (1564-1642), described scraping a brass plate with a chisel to which he noticed a long row of fine streaks, parallel and equidistant from one another. Robert Hooke (1635-1703), who devised a simple apparatus consisting of a glass plate covered with flour that he played with a violin bow.

However, the true origins of Cymatics has been traced back to African tribes, going back at least 1000 years, when they sprinkled small grains upon the skin of their drums for the purpose of divining future events. 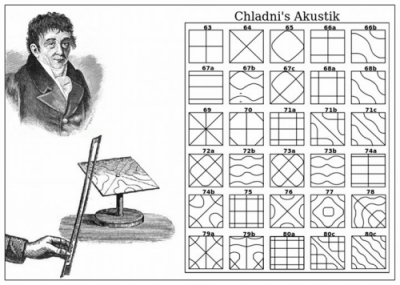 Ernst Chladni (1756-1827) and his Chladni figures, a German physicist and musician, dubbed the father of acoustics, invented a technique for showing various modes of vibration upon a rigid surface. Chladni’s technique (drawing a bow over a piece of metal with a surface lightly covered in sand) was first published in 1787 in his book “Discoveries in the Theory of Sound.” The metal plate was bowed with a sting until it reached a vibrational resonance, causing sand to move and concentrate, forming patters of lines, known as “nodal lines of the vibration mode.” The patterns that subsequently formed by these lines are what we now call “Chladni figures,” thus proving sound affects physical matter, and has the inherent quality of creating predictable patterns.

A lesser known, but worthy of mention, is Marie-Sophie Germain (1776-1831). She was a French mathematician, physicist, and philosopher who further elaborated upon Ernst Chladni’s experiments with vibrating metal plates (Research on the theory of elastic surfaces), and she eventually becoming the first woman to win a prize from the Paris Academy of Sciences, but because of her gender she was not allowed to attend her own ceremony, nor has she received the accolades she deserves when talking about the early development of Cymatics.

Dr Hans Jenny (1904-1972), a Swiss follower of the anthroposophical doctrine of Rudolf Steiner, published two volumes entitled “Kymatic,” better know as Cymatics (Greek meaning “wave”) in 1967. He furthered Chladni’s experimental research by using sand, dust and fluids upon a metal plate connected to an oscillator that was able to produce a broad spectrum of frequencies.

The substances organized into different geometric shapes depending upon the frequency of the vibration being emitted by the oscillator, further proving geometrical patters emerged from sound. The sand would burst into chaos, then re-configure into higher orders of complexity by increasing the pitch frequency. This cycle of chaos and assimilation served as a metaphor for the process of evolution, with the pulsation of sound being thee formative force in all of creation.

The most fascinating work to come out of Hans Jenny’s work was in discovering sacred geometry formed by the chanting of sacred vowel sounds, and although sound is invisible, it actually carries structure, not only in air, but in water as well. With most of the human body being made up of water, the implicated effects sound actually had upon us was groundbreaking.

The science of Cymatics illustrates that when sound frequencies move through a particular medium such as air, water, or sand, the physical structure of matter is directly altered. It also illustrates sound waves aren’t really waves at all, but are instead spherical, expanding holographic bubbles and beams, imprinting repeatable patterns of projected energy throughout nature, even imprinting sound vibrations onto surfaces, such as walls or stones, creating a Cymatic Glyph (CymaGlyph) i.e. sound imprint.

A single molecule of air or water is able to holographically carrie all the information, qualities, and intensity of a given sound. A holographic sound-bubble forms anywhere between 20-20,000 Hertz, after 20,000 Hertz the sound-bubble becomes increasingly more beam shaped, and in theory, could lead to quantitative burst of light energy.

Steven Waller PhD from the University of Virginia is pioneering this very idea by conducting studies at several Neolithic and Megalithic cave art sites from all over the world. Waller studies the relationship between rock art and acoustics, now called “Rock Art Acoustics Theory,” and his research is the foundational work of a now currently growing filled called Music Archaeology or Archaeoacoustic. Waller’s theory essentially says sites like the caves of Lascaux, France, and Red Rock Canyon show a high degree of correlation between the specific location of the art and areas of enhanced echo effect.

This idea further leads me to question… could the ancient petroglyphs and geometrical patterns found all throughout the world be encoded or imprinted with a particular sound by projecting vortices of structured energy? And if placed on or near a lay-line, could the Earths energy grid possibly power them or enhance them in some way? 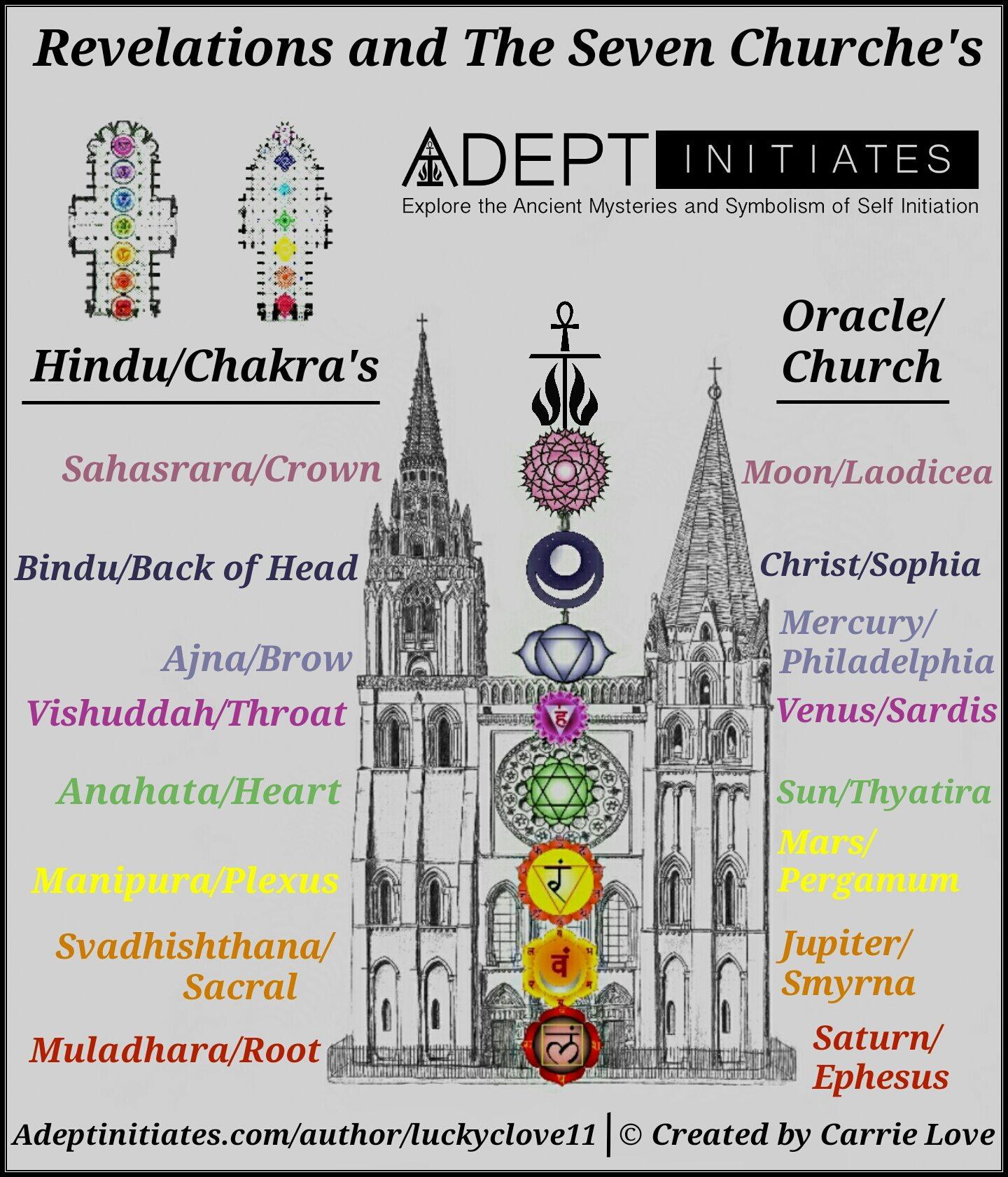