From Egypt to Peru

The hieroglyphics pictured to the right are from the Tomb of Kagemni in Sakkara — from the (Old Kingdom) 5th dynasty dated at around 2,300 BCE. According to Stephen S. Mehler, Pre-Historian and Archaeologist — the priest’s inscriptions could say that the direction from “Tawy” (Egypt) to “Peru” is across four waters. The Khemitian (Egyptian) word “Tawy” properly translates as “all lands” — in opposition to Egyptology that translates the word as the “two lands.” 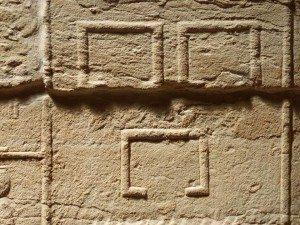 The word “Per-u” translates as many houses, “Per” meaning house and “u” being many. The four waters crossed would have been the Nile, the Pacific, the Atlantic and the Amazon River. However he insists that the word “Per-u” isn’t where the country got its name but that it is simply a Khemitian (Egyptian) term — perhaps similar to the Indigenous South American name for the land. The name for the country Peru could have come from the (Andean) Aymara word for the more ancient indigenous people known as the Peruhas — who predate the famous Inca by thousands of years. Furthermore, the inscriptions from the Tomb of Kagemni could indicate that the more ancient and or “dynastic” Khemitians (Egyptians) may have sailed to South America — possibly other lands. 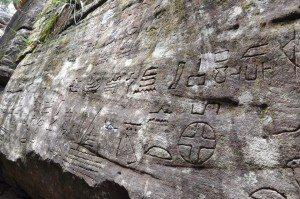 There is new evidence that the “dynastic” Khemitians (Egyptians) sailed to Australia and left their mark at a site now known as the “Gosford Glyphs” — hundreds of observable (crude) Egyptian hieroglyphs carved into sandstone. The written language according to the Indigenous Oral Tradition was known originally as “The Suf.” It was also referred to in late “dynastic” times as Medu-Neter, which meant the “Words of (nature) the Neters.”  Furthermore, Egyptian born hieroglyph experts Yousef Awyan and Mohamed Ibrahim conclude that the hieroglyphics are authentic and believe the inscriptions are from the late “dynastic” period. It supposedly says that two high ranking officials who were brothers, conducted local commerce, likely for precious items to take back to Egypt — when suddenly one of brothers died an untimely death. The brother who lived commissioned the eulogy at Gosford in memory of his fallen sibling. When observing the glyphs, we can presume he was likely not a scribe and had limited knowledge of the written language — thankfully legible enough for experts Awyan and Ibrahim to decipher. It is also notable that there have been many boomerangs found in the sands of Egypt during excavations — including some from the famous Tomb of Tutankhamen. It is perhaps possible the Khemitians (Egyptians) sailed to far lands such as Australia and South America — similar to the many other maritime cultures of antiquity. 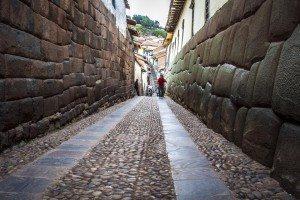 Evidence of cultural diffusion is seen in many of the world’s megalithic structures — ancient Egypt and Peru (over 12,000 years ago) being the most enigmatic of lands. The mysterious civilization known to the Andean peoples as the Piruhas or Viracochans are said to be the ones responsible for the sites of megalithic masonry which predate the Inca. Around 1,100 CE the Inca led by Manco Capac migrated to the “ancestral lands” of the Cuzco Valley, where they found the cores of many ancient megalithic sites which they transformed, reused and relabeled — establishing their capital of Cuzco. 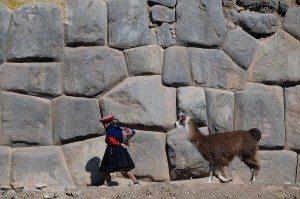 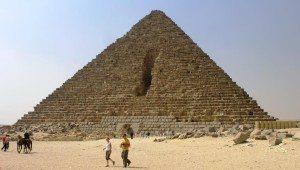 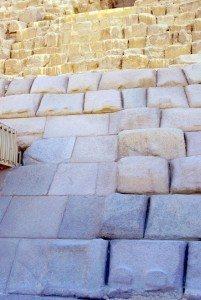 Close up of “knobs” on the Third Pyramid

Good examples of the similarities between Peruvian and Egyptian megalithic structures would be the choice of stone work style and the well-known “knobs” which are seen on many of the megalithic stones in Peru — found particularly on the design of the Third Pyramid’s “outer casing stones” — made of syenite. Both cultures had the “megalithic style” of (tight fit) interlocking stones that made that the structures not only earthquake proof but vibratory, in the sense that the stones would vibrate at specific frequencies — notably the notes A or A sharp. It is also worth mentioning the eerie similarities between the structures at the Coricancha (Peru) and the Valley Temple at Giza. Nonetheless both civilizations respectively achieved great and enigmatic works which reflect their level of understanding (nature), intelligence, engineering and technology. Is there something valuable to learn from these highly advanced pre-deluvian cultures? One humble answer could be in knowing that (we) modern humans are not the most evolved we’ve ever been and that we come from great and renowned ancestors. To know that we too can achieve a higher state of (consciousness) thinking, living and being. We must acknowledge that “who they were, we are.” We owe it to ourselves (humanity) to strive for greatness and a “better understanding” — for it is in our blood. 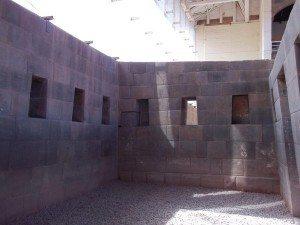 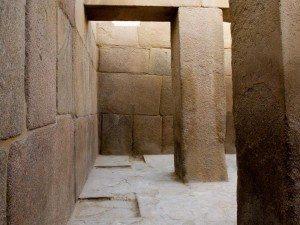 “The ancient masters were subtle, mysterious, profound, responsive. The depth of their knowledge is unfathomable. Because it is unfathomable, all we can do is describe their appearance.” — Lao Zi, Dao De Jing.

What did you think Adept Initiates? Let us know in the comments below and join in on the discussion here.

Win A Pass to CONTACT in the DESERT from Adept Initiates!