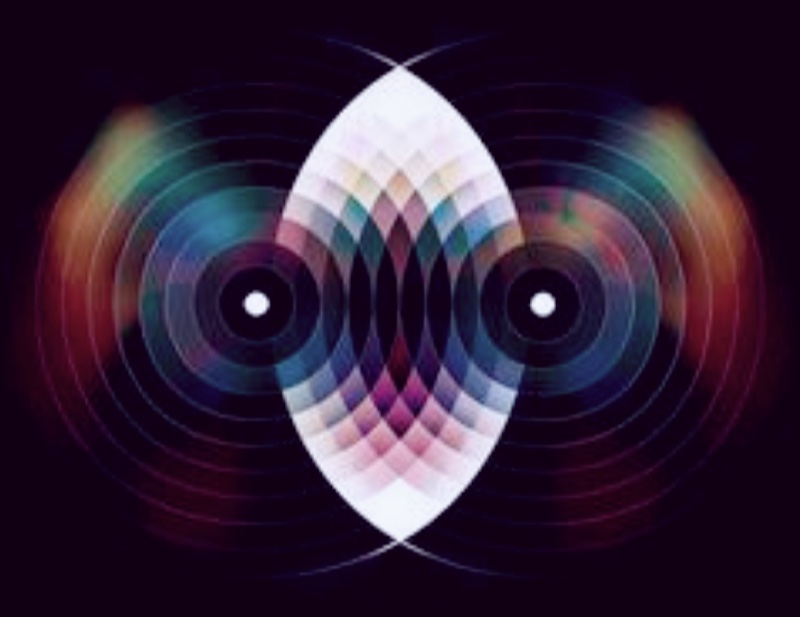 Exploring the Difference Between Duality and Polarity

What is duality? Duality by definition is a contrast or opposition between two ideas. The simplest example would be that of the sun and moon, the difference between night or day. It can be said that these forces or ideas oppose themselves creating a cosmological chaos. This is seen as the battle between negative and positive aspects.

It is within polarity that the two aspects can be reconciled or be brought back together to reach a unity. Within polarity the negative and positive are not repulsing each other like in duality, they attract each other. These forces are working with each other vs against each other or rather one could say separately instead of in unity.

The hermetic principle of polarity states that each principle is not unreconcilable. It is just matter of having varying degrees through descending and ascending octaves. In polarity we find a unifying aspect. This is the notion that everything does not have to be evil or good rather there is levels of gradation.

The Hermetic Principle of Polarity

And so it is on the Mental Plane. “Love and. Hate” are generally regarded as being things diametrically opposed to each other; entirely different; unreconcilable. But we apply the Principle of Polarity; we find that there is no such thing as Absolute Love or Absolute Hate, as distinguished from each other. The two are merely terms applied to the two poles of the same thing. Beginning at any point of the scale we find “more love,” or “less hate,” as we ascend the scale; and “more hate” or “less love” as we descend this being true no matter from what point, high or low, we may start. There are degrees of Love and Hate, and there is a middle point where “Like and Dislike” become so faint that it is difficult to distinguish between them. Courage and Fear come under the same rule. The Pairs of Opposites exist everywhere. Where you find one thing you find its opposite-the two poles.

The marriage of the Queen and King in alchemy births a child; the hermaphrodite. The Hermaphrodite represents the divine union of the relationship of the two making the three hence coming back to the whole. We can link the opposites to: right brain and left brain, proton and neutron, sun, and moon, logic and emotion, female and male, etc.

Most of you are familiar with the principle of the Yin and Yang. These pair of opposites show that within itself is the other. They both have a seed that can germinate into the other. For example black can be come white or vice versa. It is the Chemical Wedding of Mercury the Spirit and Sulfur the Soul. From this we can see that everything has the power to transform itself into it’s opposite.

Sulfur the Soul, harmonizes the opposites of body and spirit to bring them into union.

The Key To Function, Process, and Principle:

Let’s approach this exercise through the lense of the Pythagorean mystery tradition.

The two is the absolute becoming conscious of itself.

We will focus our attention in this way in order to create a state of primordial or principle tension before a relationship is established between the opposing forces to become three.

Once our focused intent produces three, we shift focus now on the three.

The three is the trinity, the third force, the relationship so that eventually you’ll reconcile to produce the one, the unity, the absolute which again creates multiplicity out of itself.

Number is a key to understanding the Egyptian neters.

This key was at the root work of RA Schwaller de Lubicz and helped to unlocked the rigid paradigm once established by Egyptology and offered a new way of looking at things for the symbolist.

In other words, it gave us a new lenses to look through. These teachings came out of the Ancient Egypt Mystery Schools and percolated all the way down from the Pythagorean brotherhood to the renaissance. We see it expressed across the globe throughout the ancient world in both art and architecture.

The Vesica Piscis is a symbol of the recall to unity, the overlapping of principles.

Try the third eye exercise below and experience the principle of unity yourself!